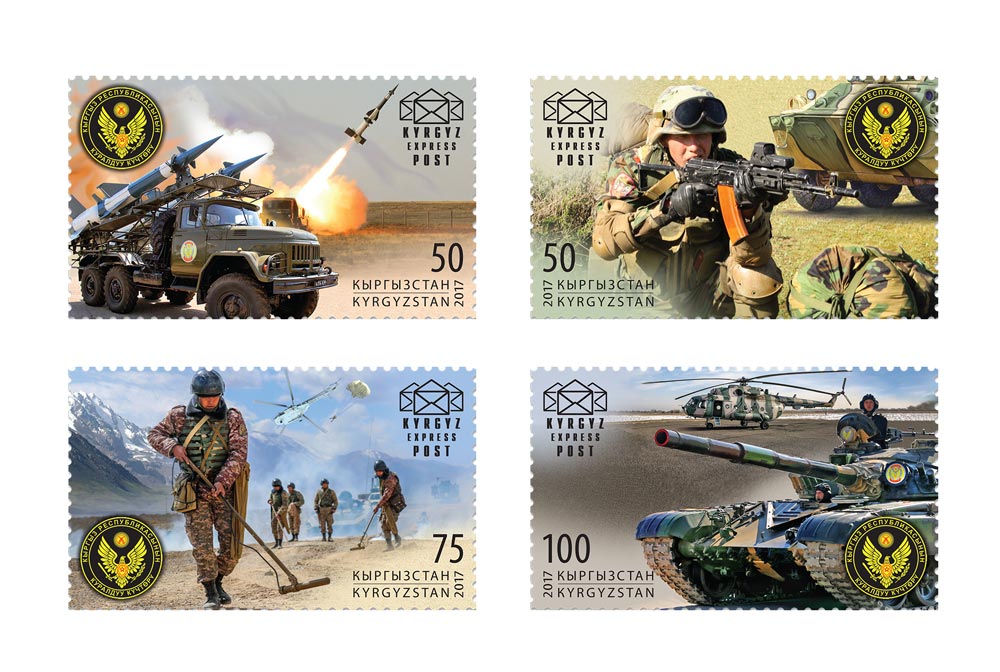 
25 Years of the Armed Forces of the Kyrgyz Republic

The armed forces of our country take an active part in international military cooperation. Kyrgyzstan is a member of the Collective Security Treaty Organization (CSTO). Members of the Armed Forces of the Kyrgyz Republic participate in UN peacekeeping missions. The Ministry of Defence also cooperates with NATO countries within the framework of the “Partnership for Peace” program.

This series of stamps is included into KEP issuing plan by the proposal of the General Staff of the Armed Forces of Kyrgyzstan. 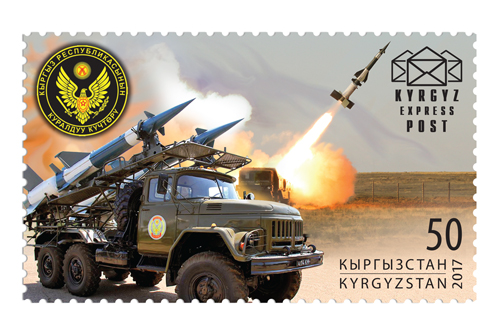 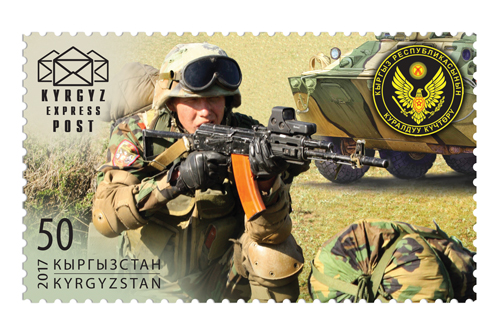 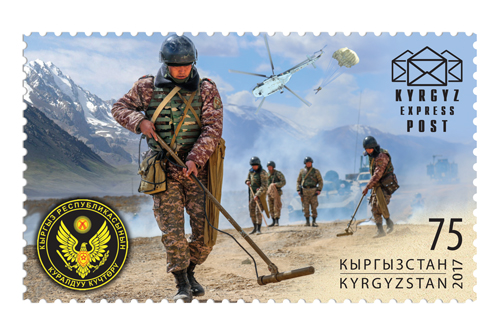 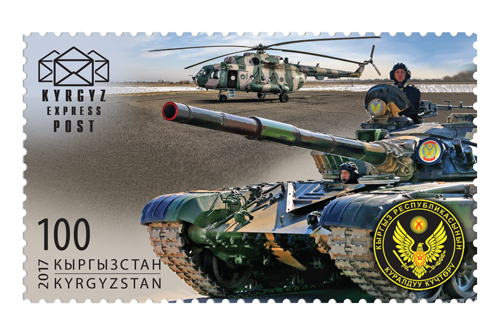 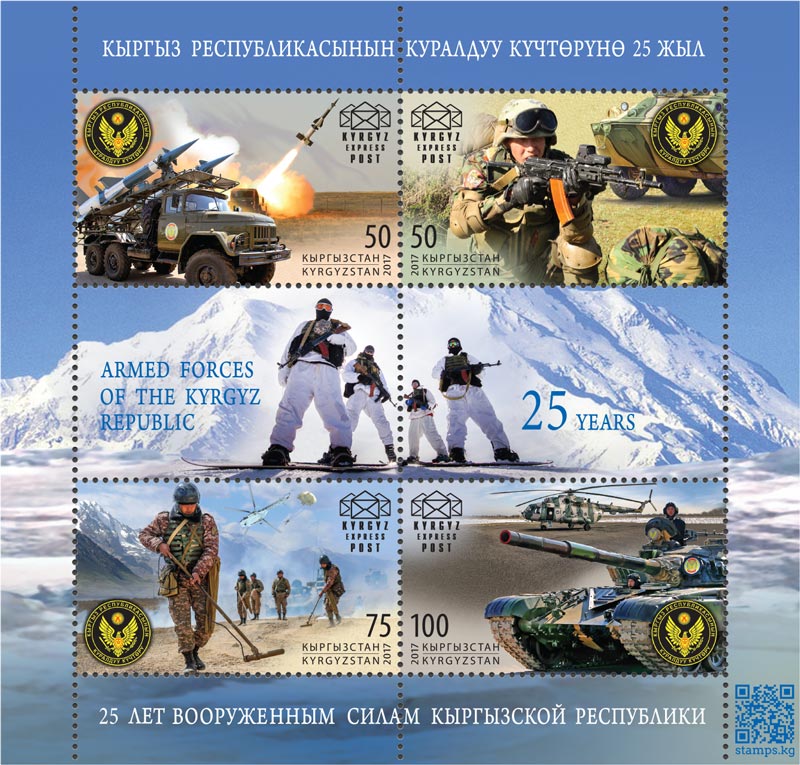 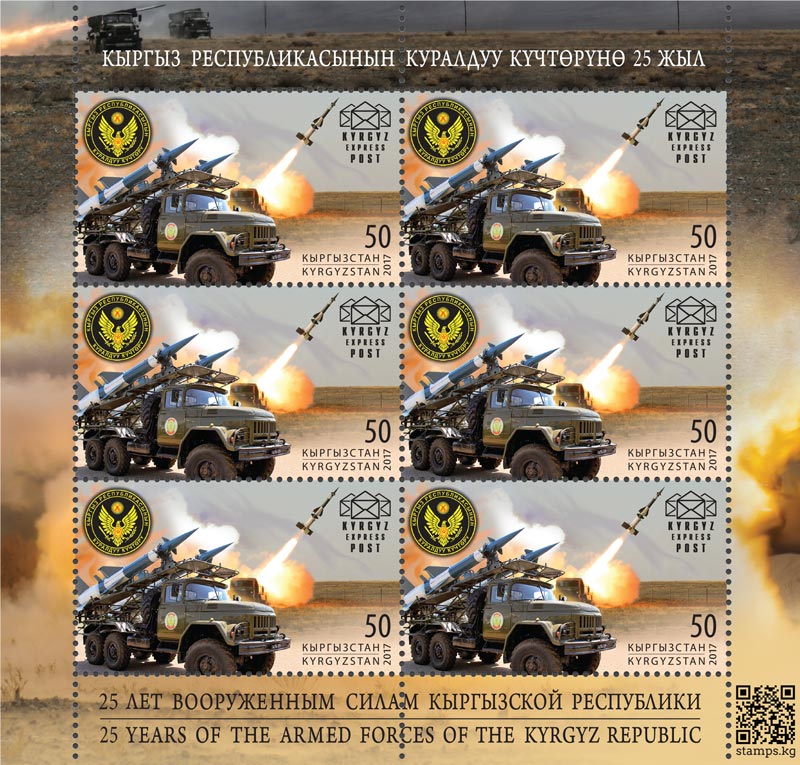 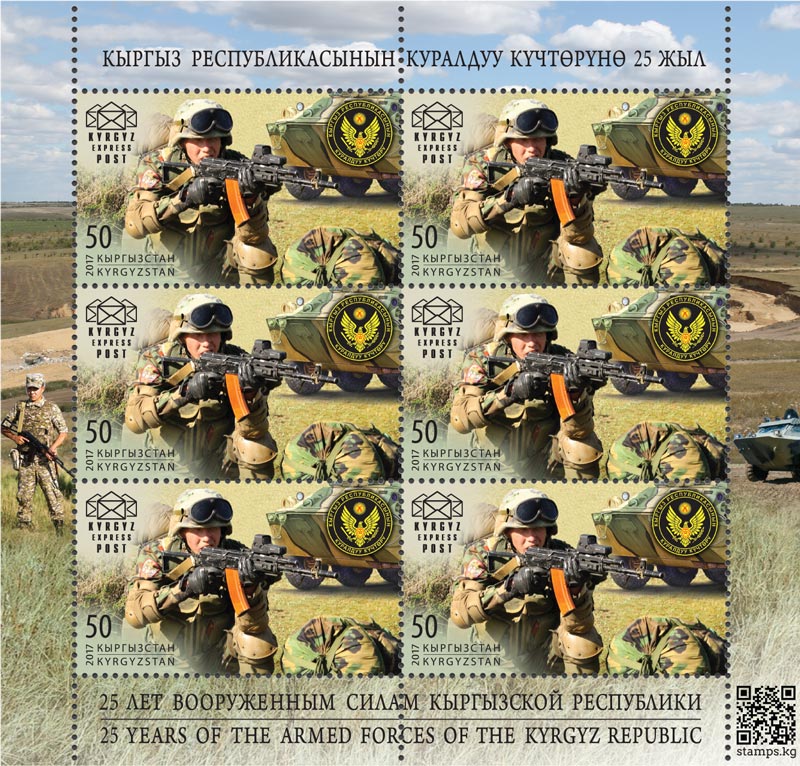 Paper: coated, gummed, 105 g/m2 .
Printing method: full-colour offset lithography.
Stamps perforation: comb 14:14½.
Stamps size: 46.00 х 27.50 mm.
Sheets size: 113.00 x 108.00 mm.
Stamps are issued in sheetlets of 6 stamps and in a collective sheet of 4 stamps (1 complete set) and two central coupons. On the coupons some soldiers of special forces are depicted. On the sheet borders there is a text: “25 Years of the Armed Forces of the Kyrgyz Republic” in Kyrgyz, English and Russian languages.
Each sheetlet has a QR code in the lower right corner.
Quantity issued: 9 500 pieces each stamp, including the quantity of the collective minisheet — 3 500 pieces.
Designer: Vitaliu Pogolșa.
Printer House: “Nova Imprim”. 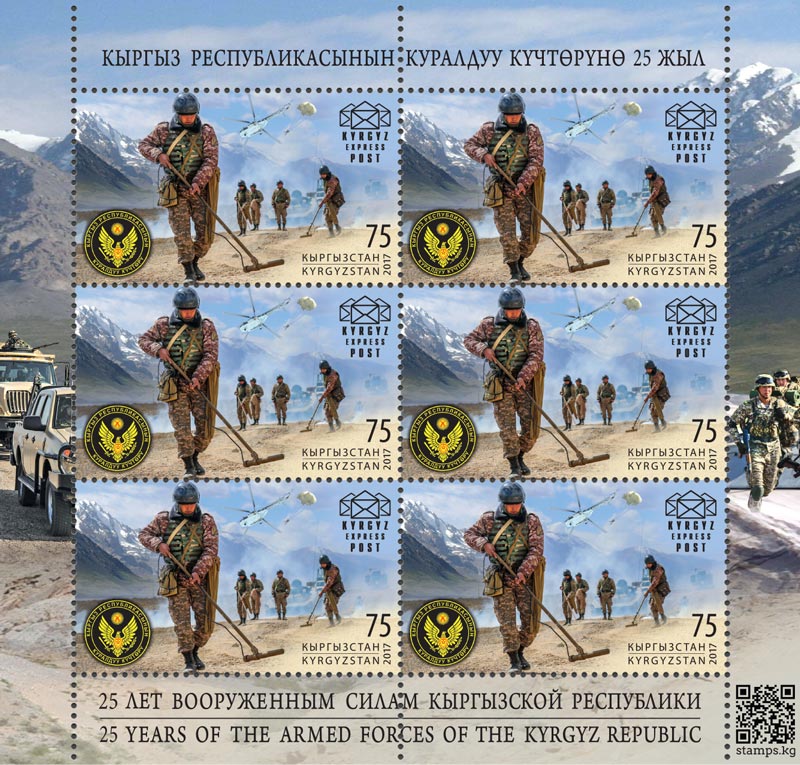 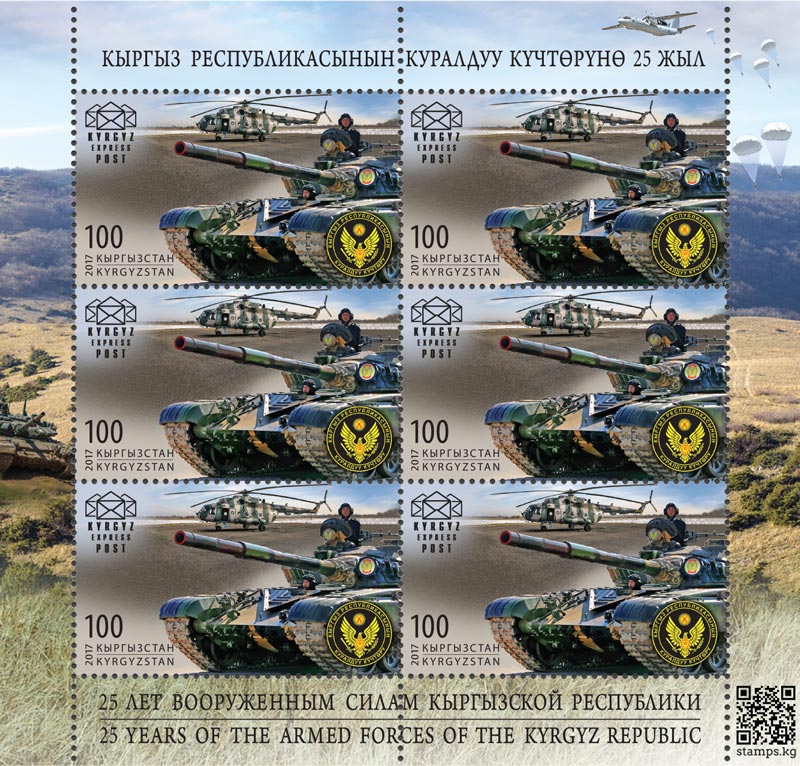 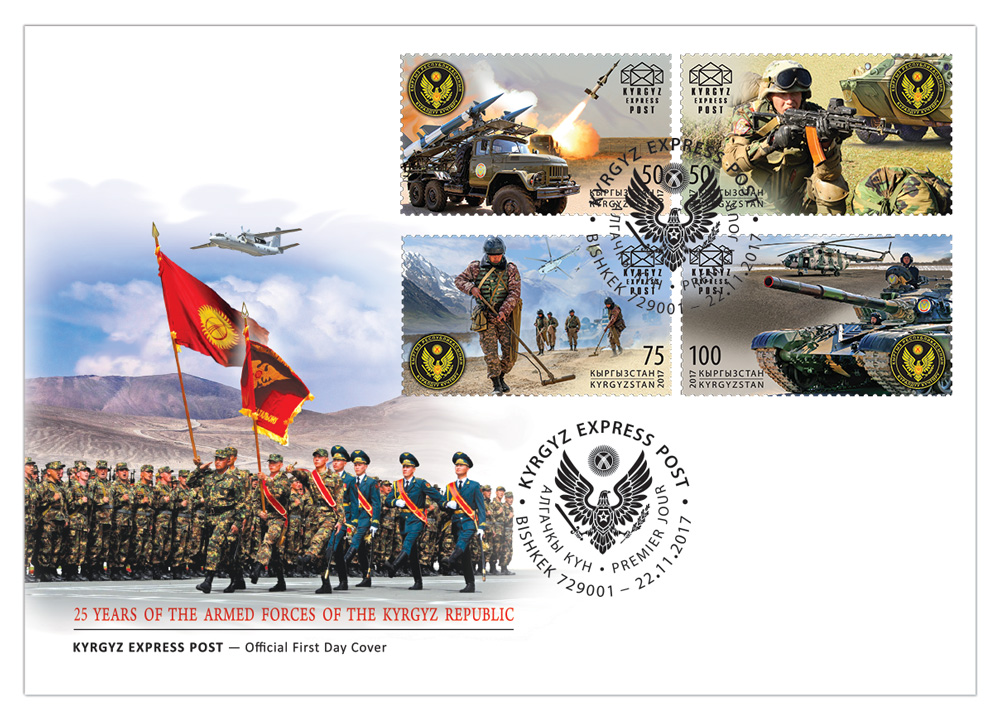 A special cancellation on FDC will be carried out at the Bishkek KEP Office (729001) on the stamps issuing day.

The first day cover and special postmark are designed by Vitaliu Pogolșa.


Stamps and FDC can be purchased here.