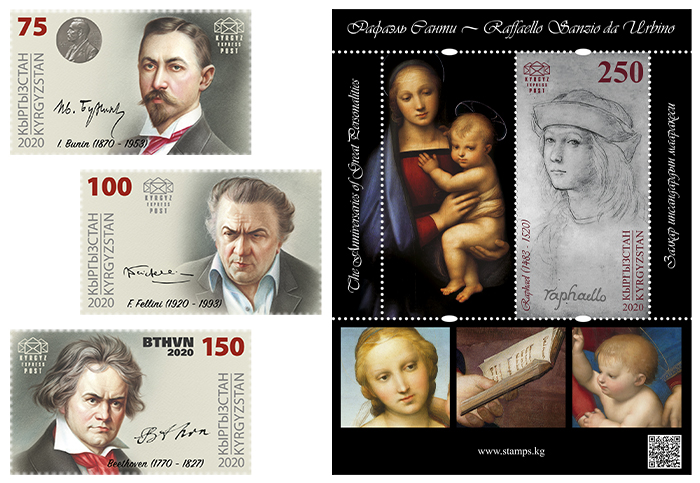 
The Anniversaries of Great Personalities

On December 14, 2020 the State Committee of Information Technology and Communications of the Kyrgyz Republic puts into circulation a series of Kyrgyz Express Post postage stamps and a souvenir sheet: “The Anniversaries of Great Personalities”.

Ivan Bunin, 150th birth anniversary. Ivan Bunin was an outstanding Russian writer, poet, translator and an honorary academician of the St. Petersburg Academy of Sciences. In 1933, Bunin won the Nobel Prize in Literature for "the artistry with which he develops the traditions of Russian classical prose". The role of Ivan Bunin in the history of literature and world culture cannot be overestimated. In the 20th century, his works became a worthy development and a continuation of the wonderful traditions of great Russian classical literature.

Federico Fellini, 100th birth anniversary. Federico Fellini was an outstanding Italian film director and screenwriter, winner of five Oscars as well as many other international awards. He is a recognized classic and innovator of world cinematography. His remarkable films as "La strada", "Nights of Cabiria", "La dolce vita", "8½", "Fellini's Roma", "Amarcord", "Orchestra Rehearsal" and many others, became integral parts of the treasure of world cinematic art.

Ludwig van Beethoven, 250th birth anniversary. Ludwig van Beethoven was a great German composer, pianist and representative of the "First Viennese School". The remarkable Symphony No. 5 became one of the icons of classical music, and Beethoven's famous ninth symphony became so popular and significant, that its fragment, "Ode to Joy", was chosen as the anthem of the European Union. Ludwig van Beethoven is one of the greatest composers of all time. His works had a huge impact on the development of musical art all over the world.

Raphael Santi, 500th death anniversary. Raphael Santi was a brilliant Italian painter, graphic artist and architect of the High Renaissance. His works fully reflected the humanistic ideals of the Renaissance. Raphael's famous painting "The Sistine Madonna" is without parallel in terms of perfection and is one of the most recognizable in the world. A considerable portion of the artistic riches of Rome and especially of the Vatican were created by the genial Raphael Santi. The works of this great artist had a huge impact on the subsequent development of European painting and of painting in the entire world.

For this series, KEP also issues four postcards, which are used to realize four maximum cards. 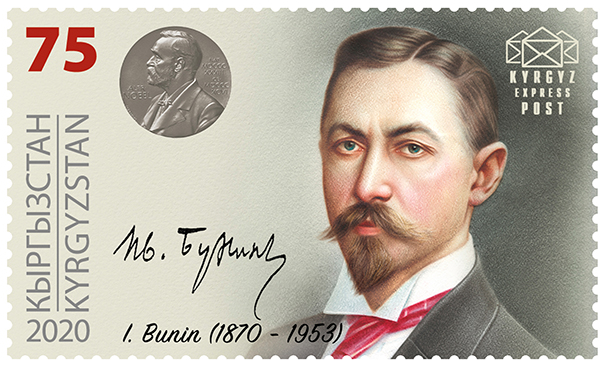 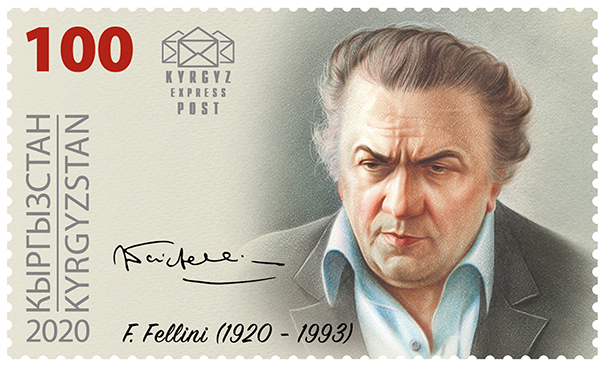 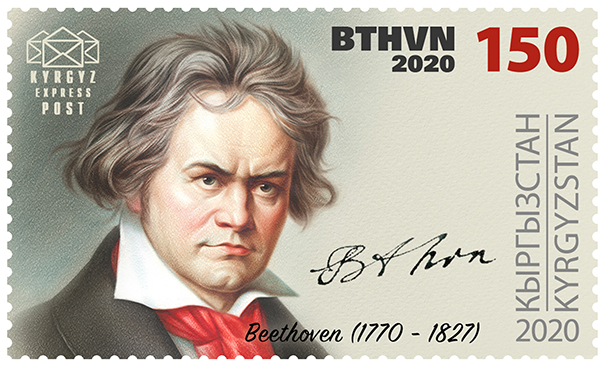 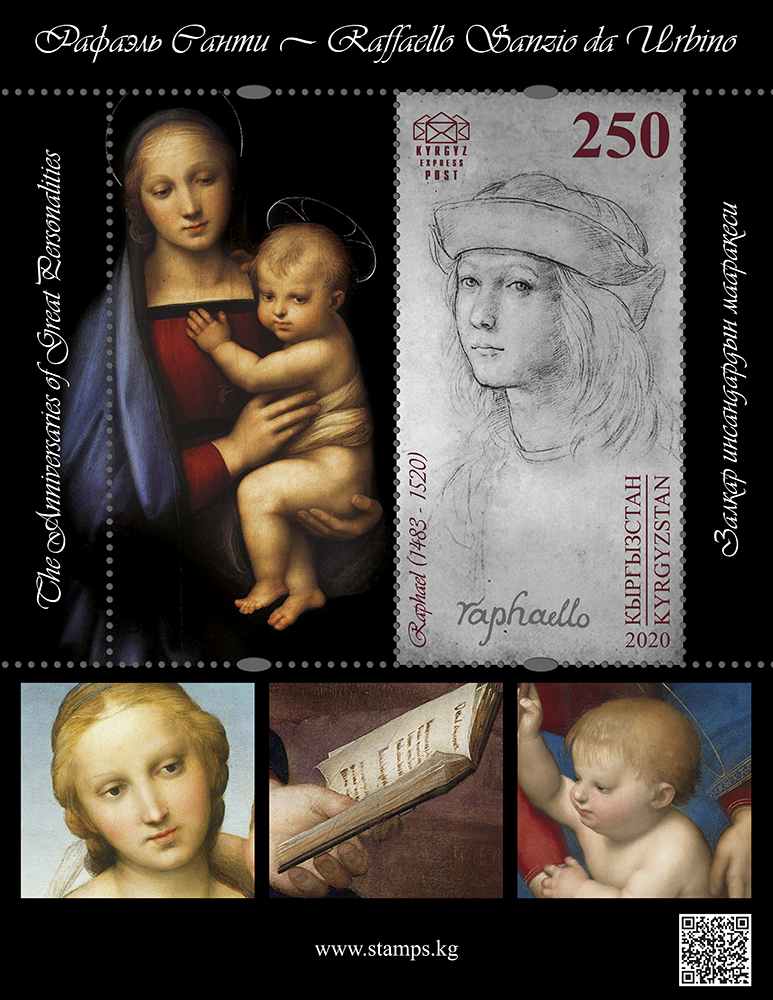 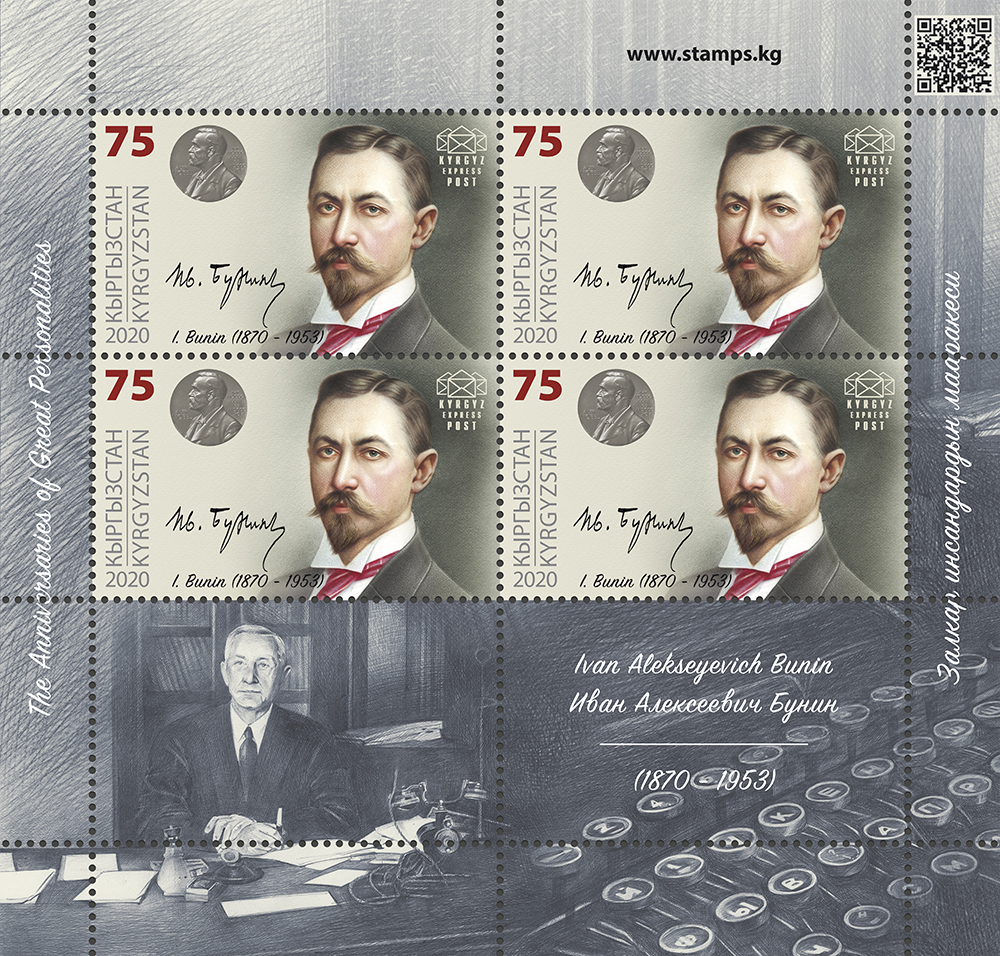 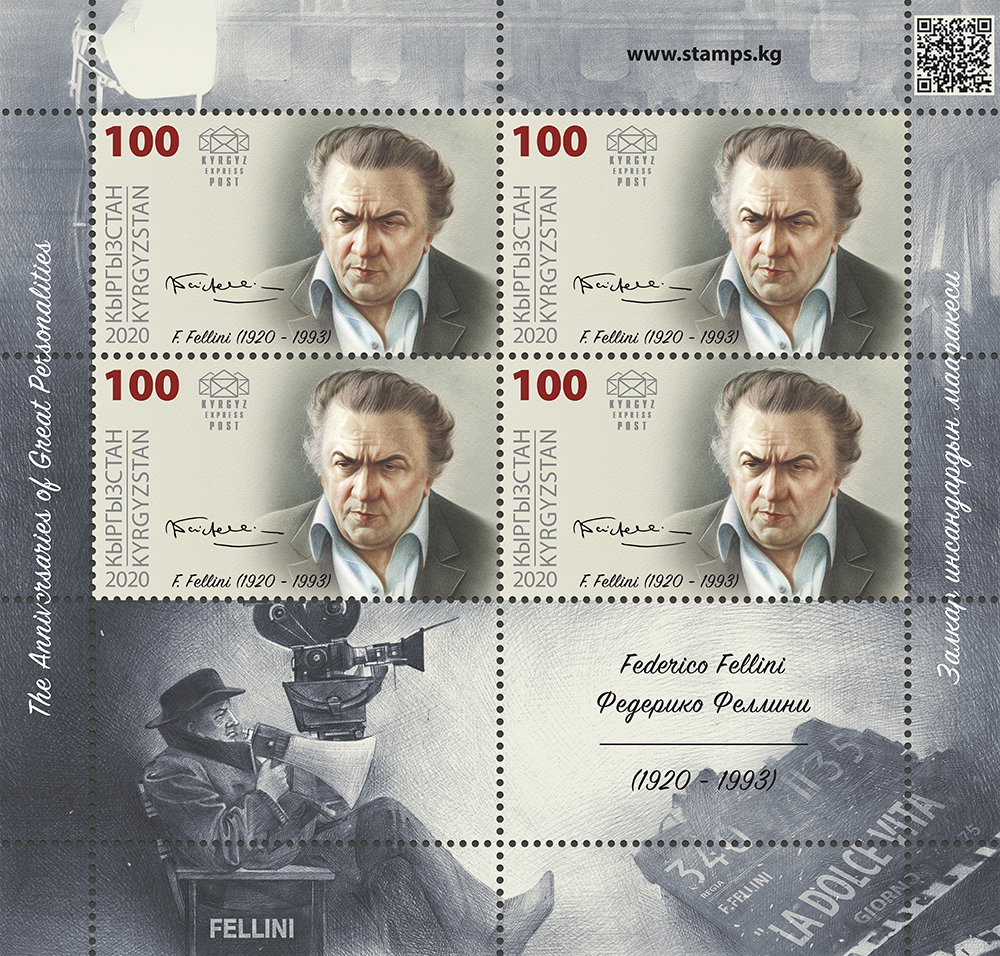 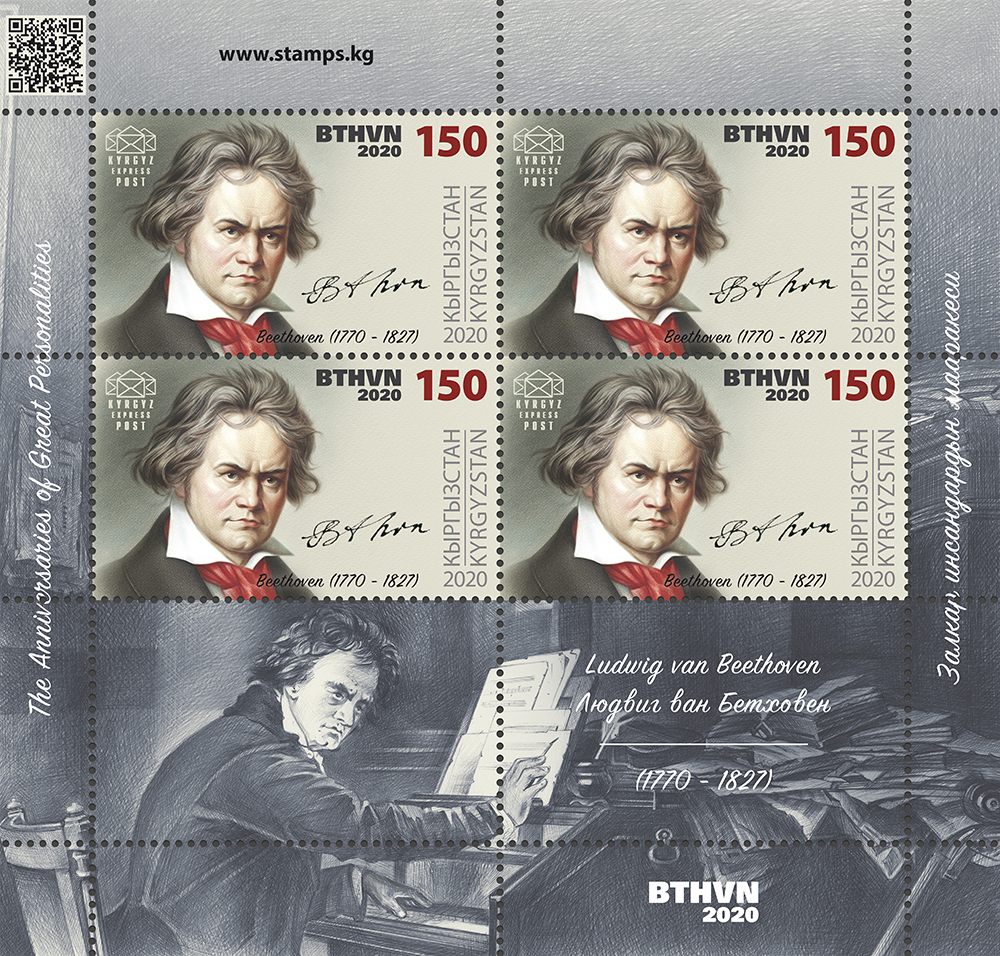 A special cancellation on FDCs will be carried out at the Bishkek KEP Office (729001) on the stamps and souvenir sheet issuing day. 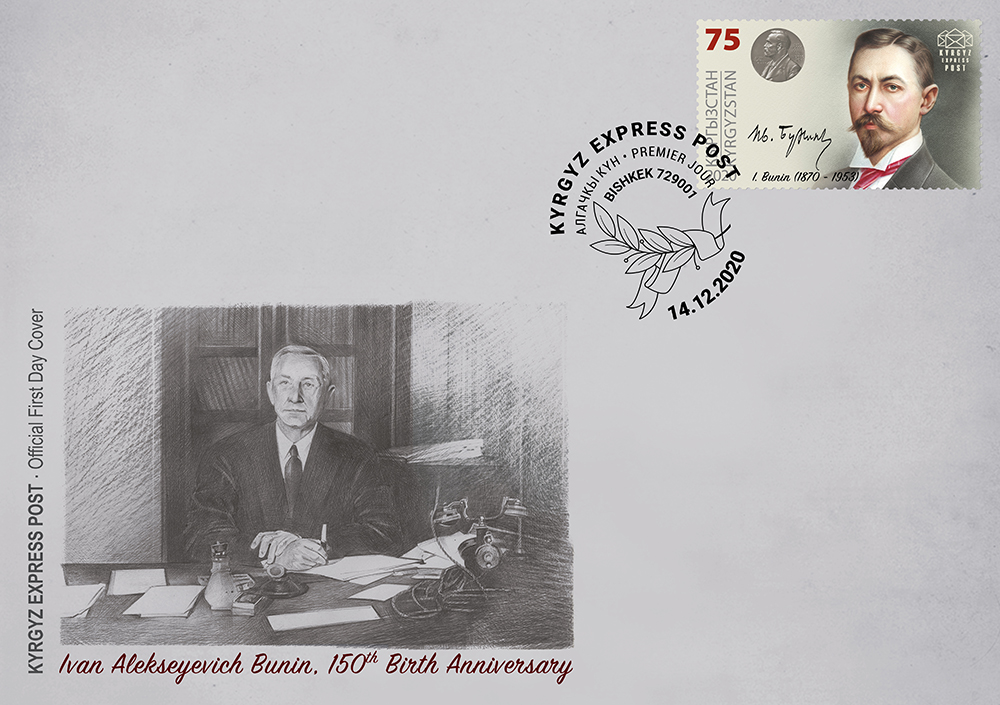 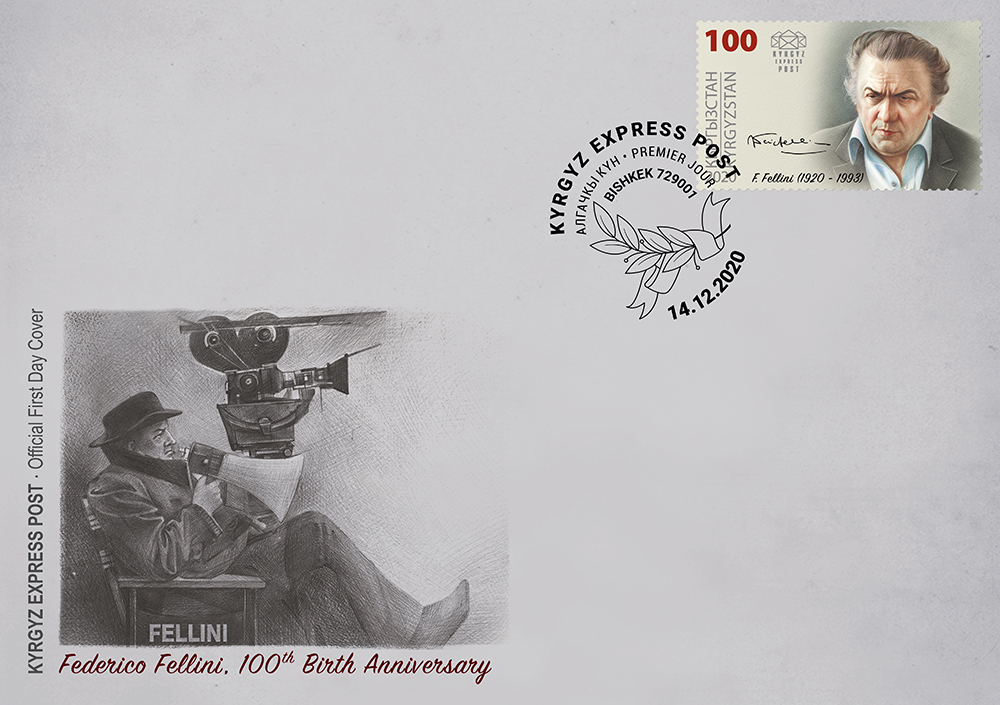 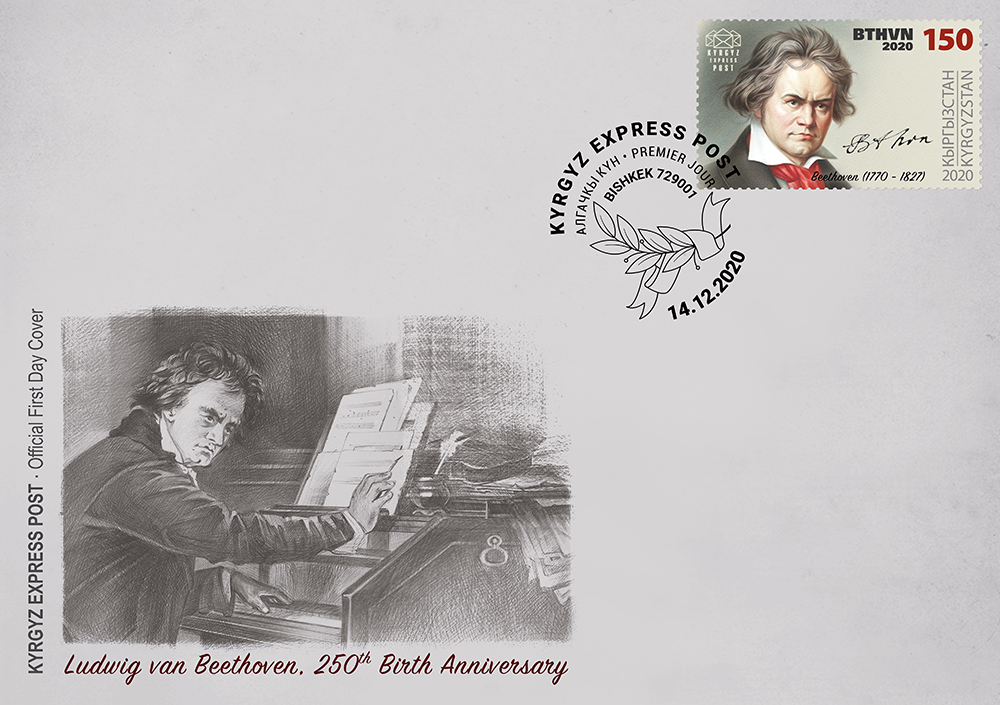 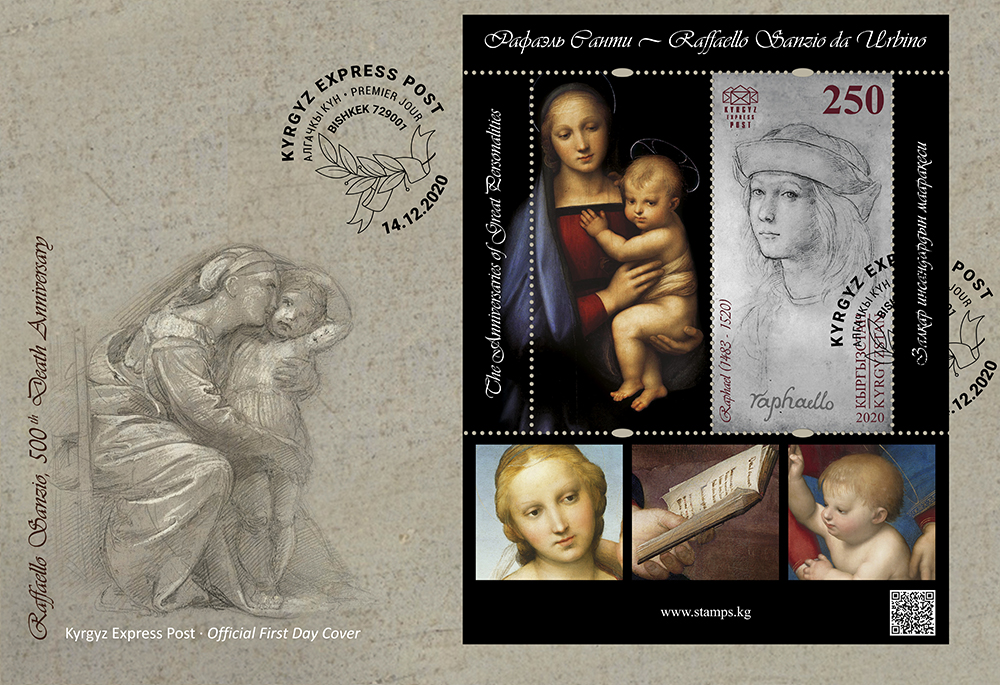 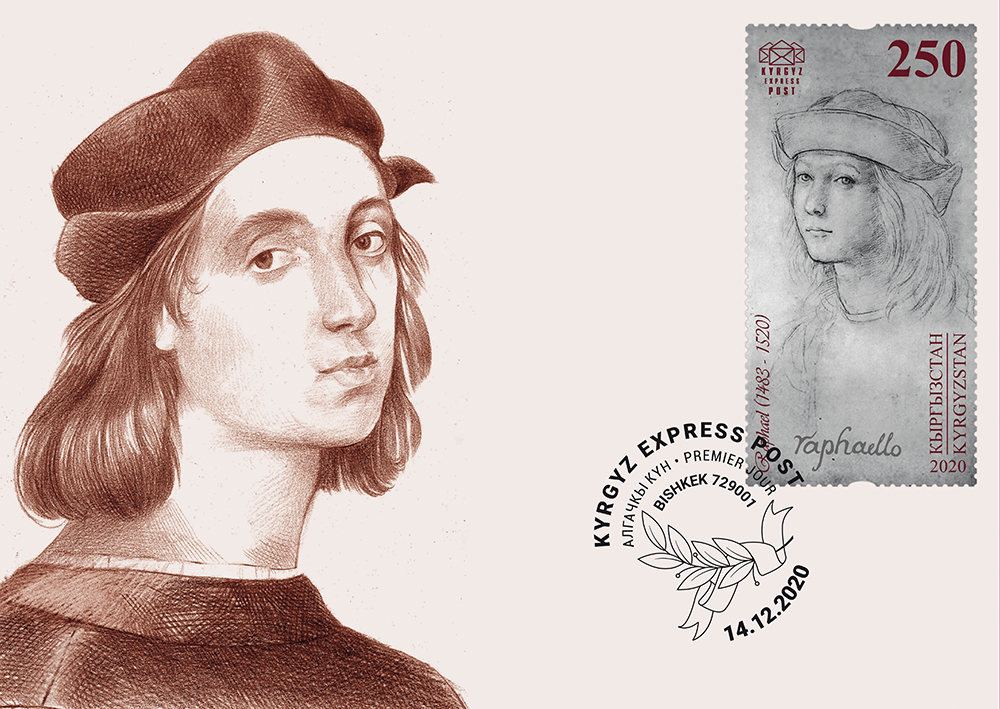 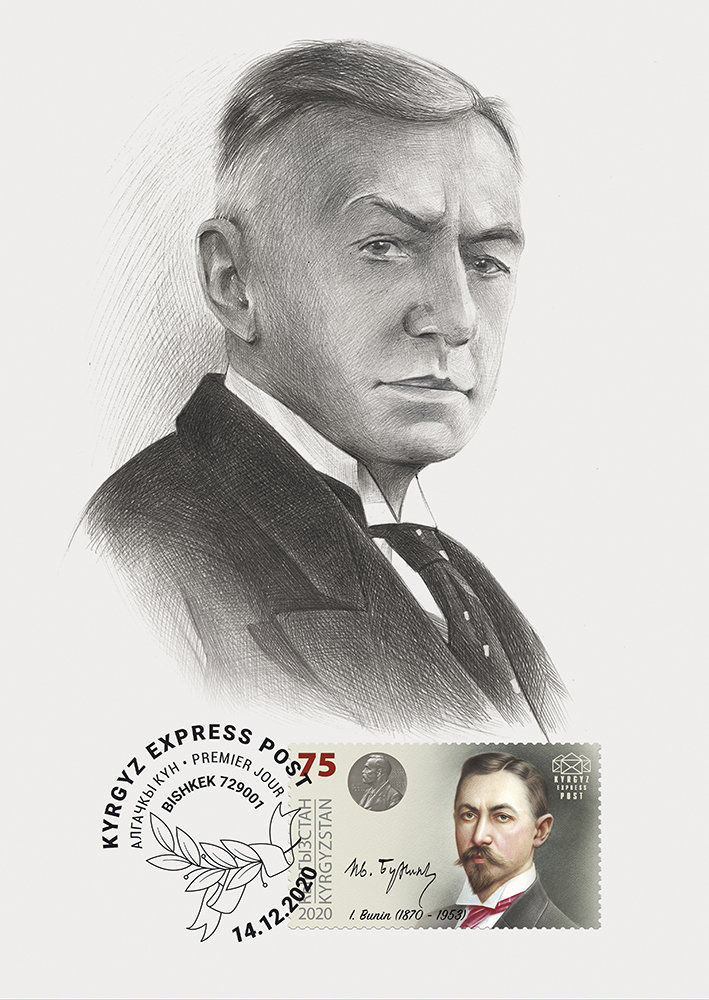 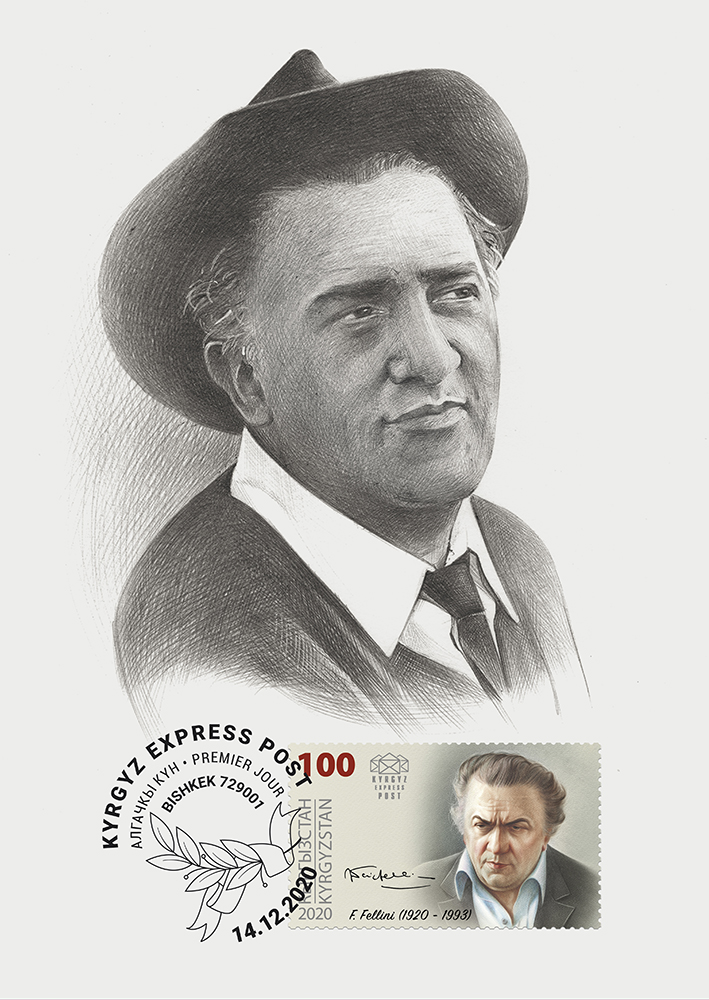 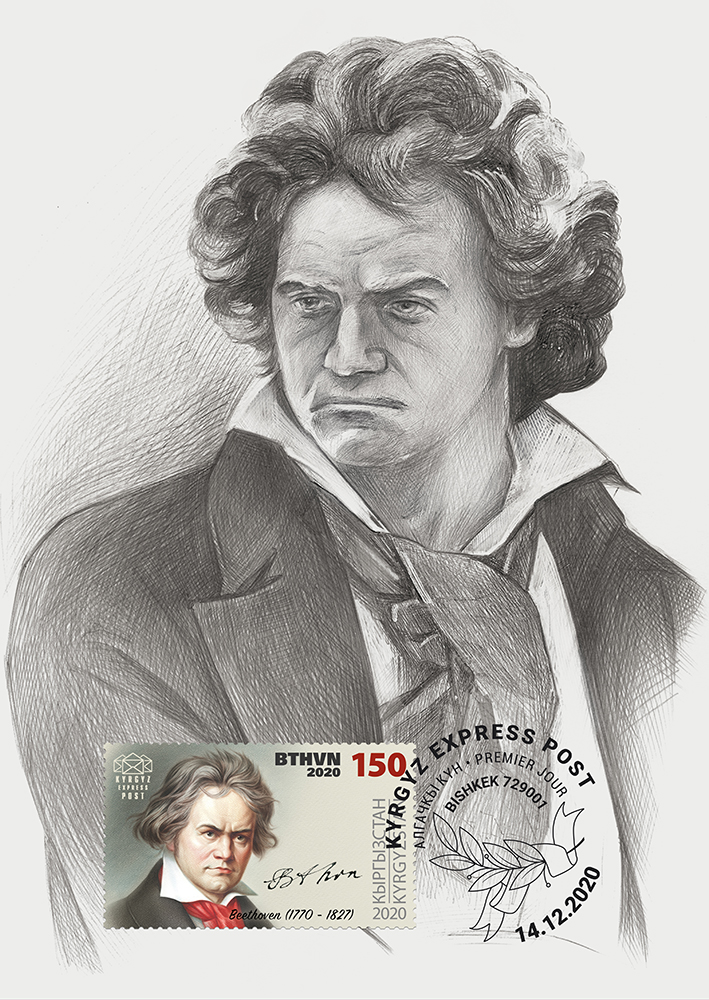 Previous
Next
back to all news