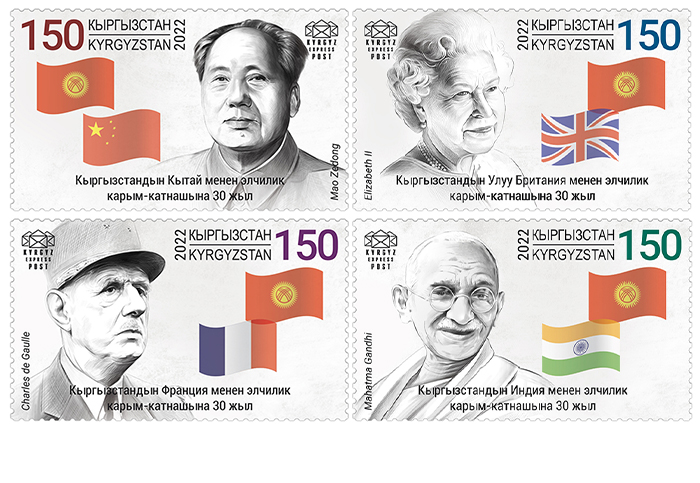 
30th Anniversary of Diplomatic Relations between Kyrgyzstan and China, the United Kingdom, France and India

30th Anniversary of Diplomatic Relations between Kyrgyzstan and China. 30 years ago, on January 5, 1992, during the visit of a Chinese government delegation to Bishkek, a Joint Communiqué was signed on the establishment of diplomatic relations between the Kyrgyz Republic and the People's Republic of China.
For Kyrgyzstan, China is the most important partner in the political, trade, economic, financial and cultural spheres. The long Kyrgyz-Chinese state border is currently a bridge of good neighbourly relations, friendship and cooperation between the two countries and peoples. Also in 2022, Kyrgyzstan and China celebrate the 20th anniversary of the Treaty of Good Neighborliness, Friendship and Cooperation between the Kyrgyz Republic and the People's Republic of China. In 2013, another important document was adopted - the Declaration on the establishment of a strategic partnership between the two countries. Thanks to the high level of bilateral relations between Kyrgyzstan and China, joint projects in energy, transport infrastructure and other areas have been successfully implemented.
The KEP stamp features the portrait of Mao Zedong (1893 - 1976) - an outstanding Chinese revolutionary, statesman and politician, founder and first leader of the People's Republic of China. Throughout the twentieth century, the ideas, as well as the political and state activities of Mao Zedong, had a great influence on the development of China and many other countries on all continents of the planet.

30th Anniversary of Diplomatic Relations between the Kyrgyzstan and the United Kingdom. Diplomatic relations between the Kyrgyz Republic and the United Kingdom of Great Britain and Northern Ireland were established on June 12, 1992. Kyrgyz-UK cooperation has significant potential in the political sphere, especially in terms of developing inter-parliamentary cooperation. There is also a high economic potential for cooperation in education, business and finance, investment, infrastructure, tourism, media and IT. The UK provided Kyrgyzstan with preferential conditions for export of goods. Starting in 2023, Kyrgyzstan can export more than 8,000 goods to the UK without customs duties or at reduced tariffs through inclusion in the Developing Countries Trade Scheme.
Queen Elizabeth II (1926 - 2022), represented on the KEP stamp, being the head of one of the greatest countries of the world, was at the center of many events throughout the second half of the 20th and first decades of the 21st century. In accordance with the British traditions of a parliamentary (democratic) monarchy, Elizabeth II performed mainly representative, non-administrative functions. However, everyone recognizes her enormous moral authority both in Britain and outside the Kingdom. During her multifaceted activities, Elizabeth II managed to maintain and strengthen the authority of the British monarchy.

30th Anniversary of Diplomatic Relations between Kyrgyzstan and France. In 2022, the Kyrgyz Republic and the French Republic celebrated the 30th anniversary of the establishment of diplomatic relations. The relevant Protocol was signed on February 29, 1992. In June 1994, a bilateral agreement on mutual understanding, friendship and resonance was also signed between the two countries. Kyrgyzstan and France make mutual efforts in regard to international relations and humanitarian cooperation, especially in the field of science, education and culture, as well as the environment, energy and tourism.
An important role in the relations between Kyrgyzstan and France is played by the Alliance Française de Bichkek, an organization that promotes the French language and culture in Kyrgyzstan. Bishkek is also home to the French Institute for Central Asian Studies (IFEAC), a research institution of regional significance.
The KEP stamp features the portrait of Charles de Gaulle (1890 - 1970) - an outstanding French military and political figure. During World War II, General de Gaulle was the symbol of the French Resistance. In the post-war period, he became the founder of the Fifth Republic and its first president.

30th Anniversary of Diplomatic Relations between Kyrgyzstan and India. Historically, India had close contacts with the countries of Central Asia, which were part of the Great Silk Road. After Kyrgyzstan gained state independence, relations between the two countries reached a qualitatively new level. The Republic of India was one of the first countries to establish bilateral diplomatic relations with the Kyrgyz Republic (March 18, 1992). This event laid a solid foundation for fruitful and mutually beneficial cooperation. In June 2019, a Joint Declaration was signed on the establishment of strategic partnership relations between the two countries.
The KEP stamp depicts Mahatma Gandhi (1869 - 1948) - the great Indian political and public figure who stood at the origins of the struggle for the independence of India. Gandhi's philosophy of non-violence had a great influence on the development of political events in the twentieth century.

For this series, KEP also issues four postcards, which are used to realize four maximum cards. 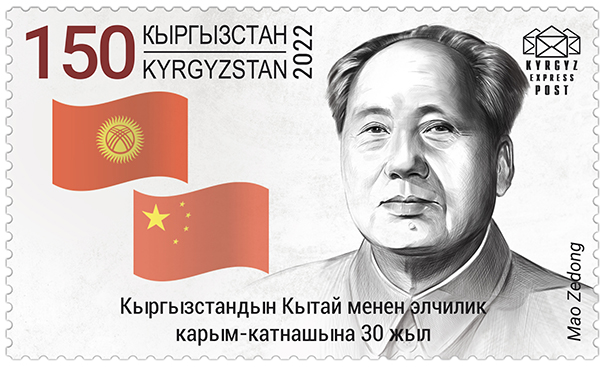 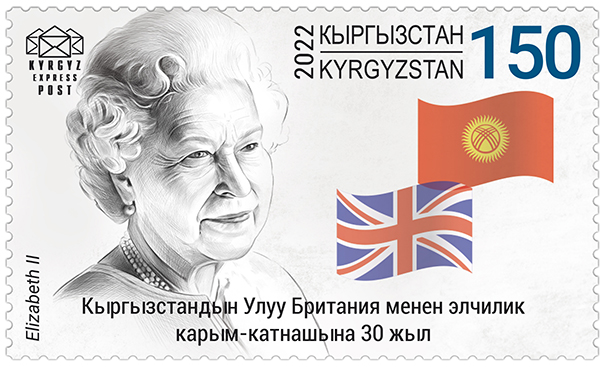 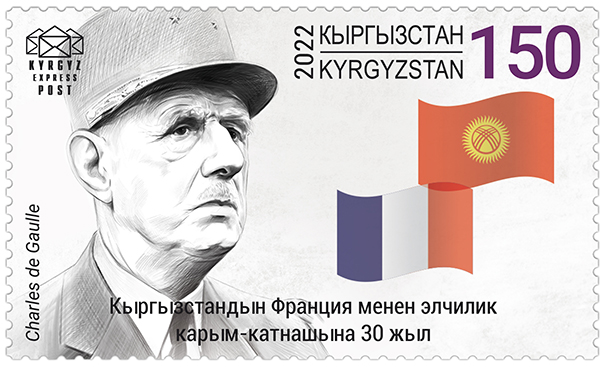 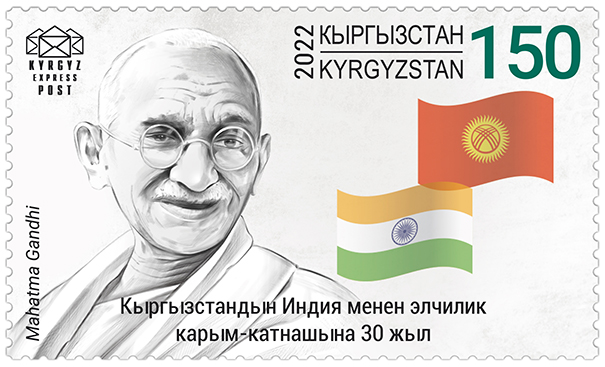 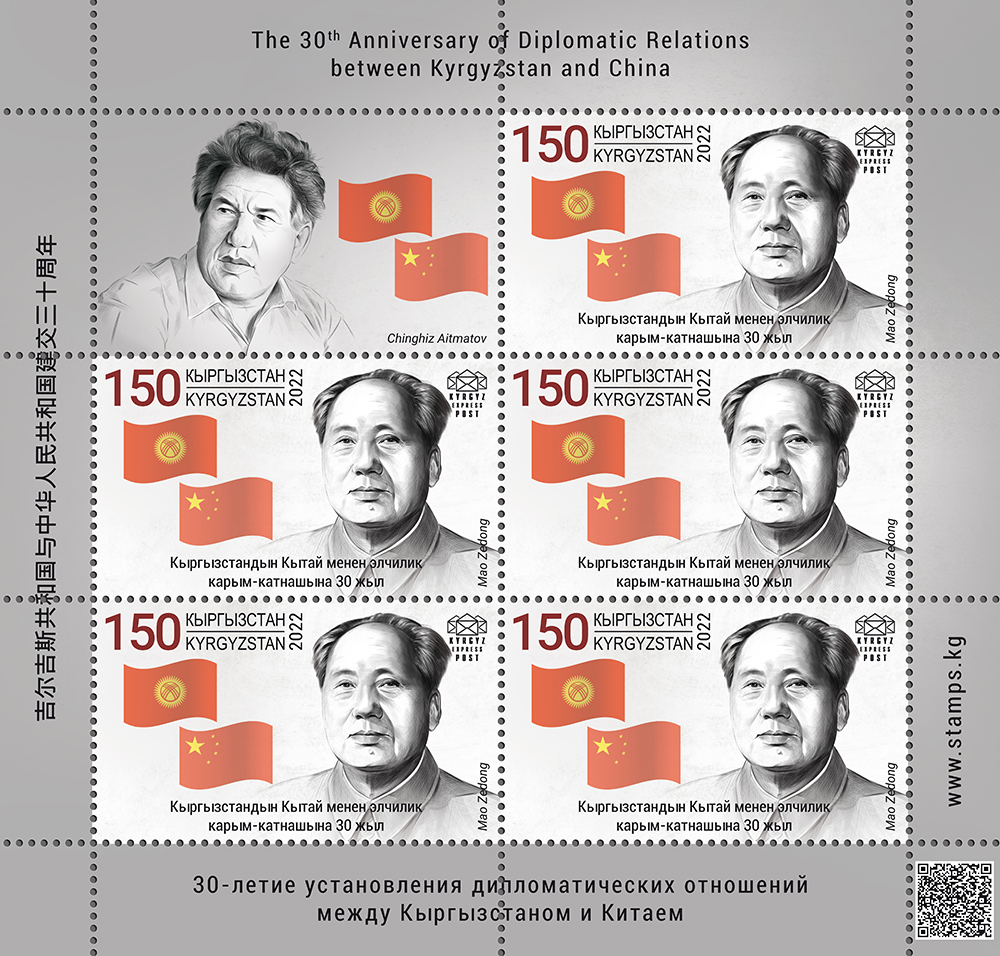 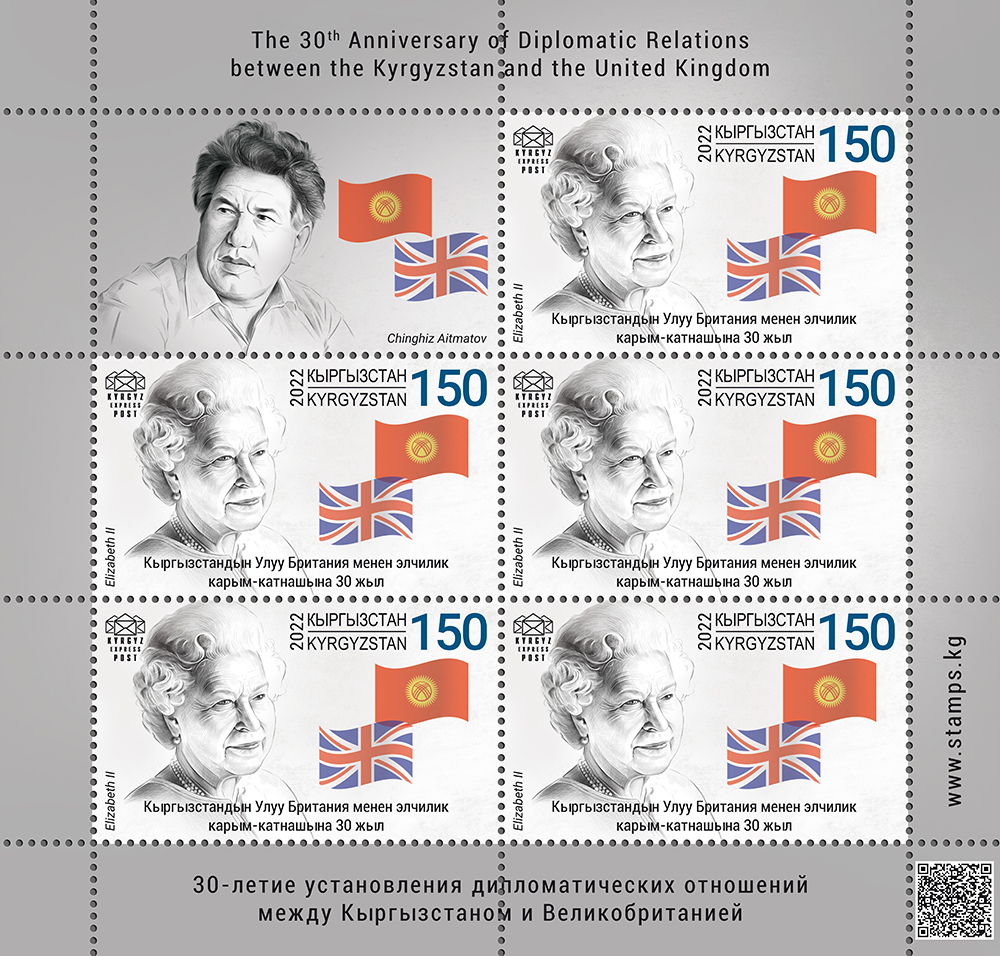 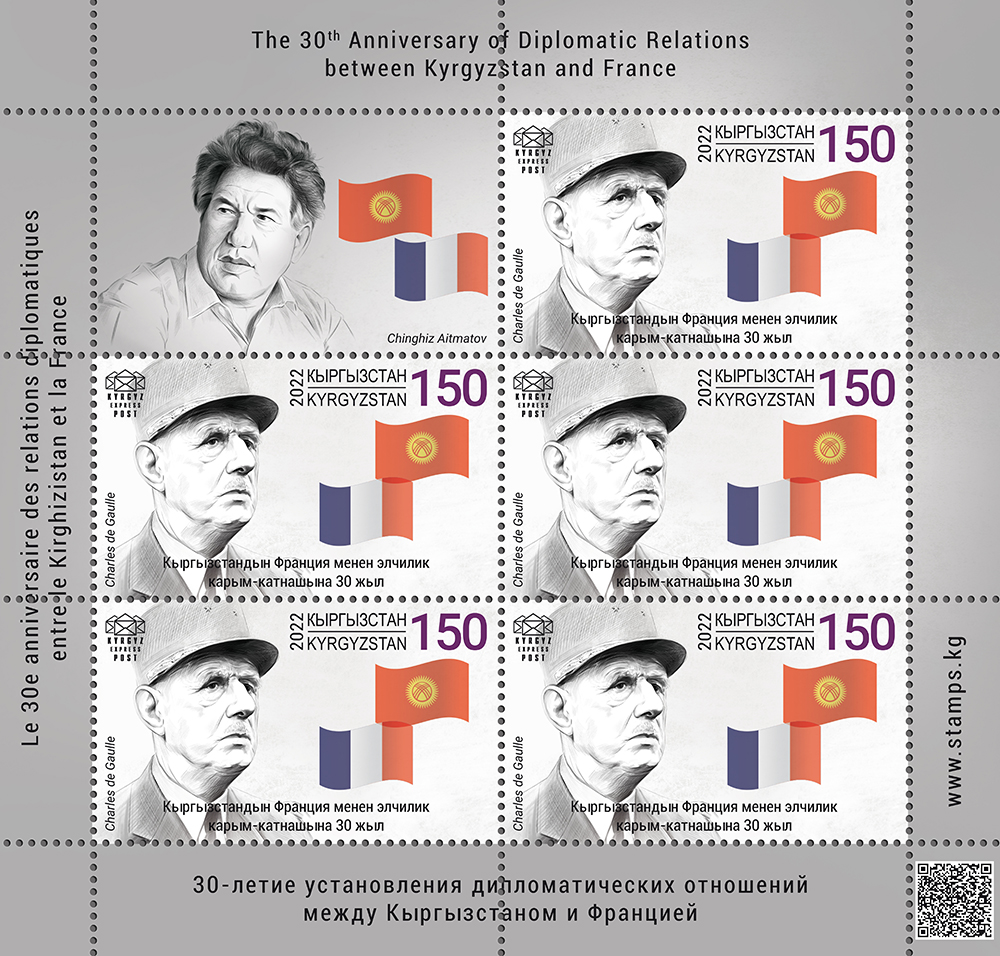 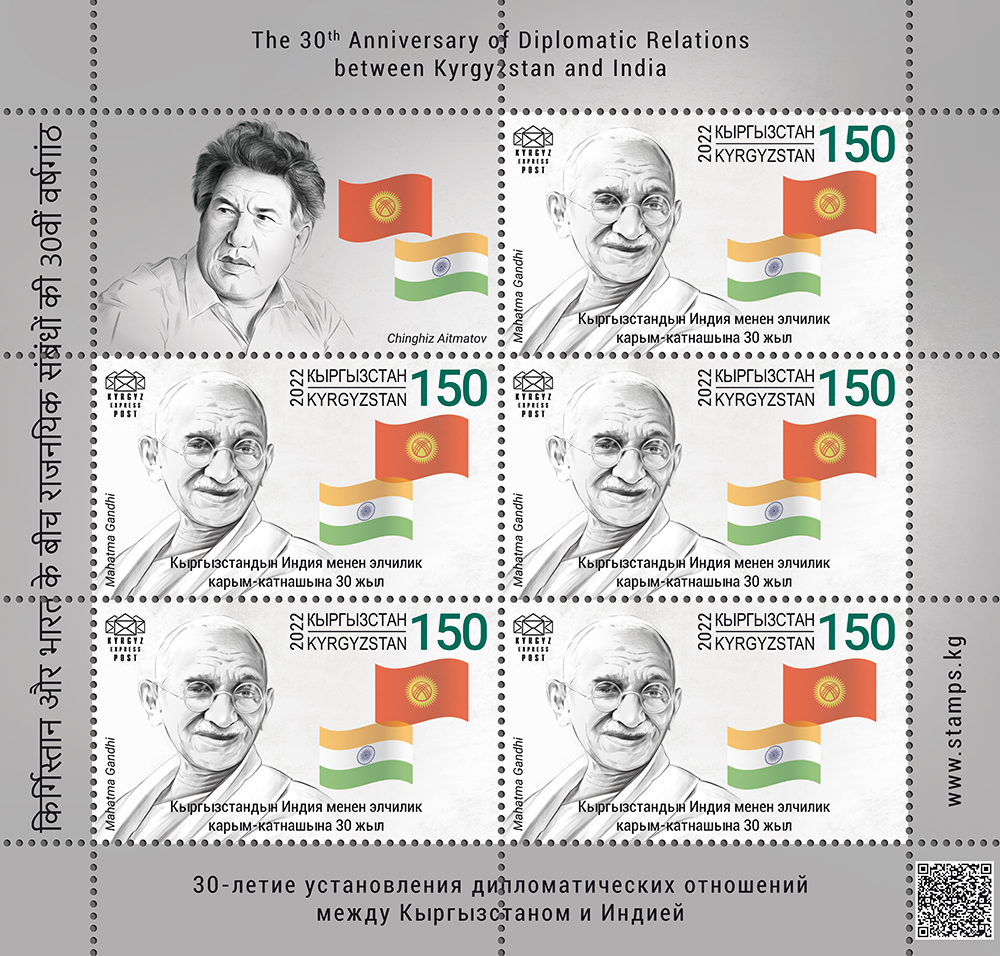 A special cancellation on FDC will be carried out at the Bishkek KEP Office (729001) on the stamps issuing day.
The first day cover, maximum cards and special postmarks are designed by Daria Maier.
Covers size: С6 (162 х 114 mm). 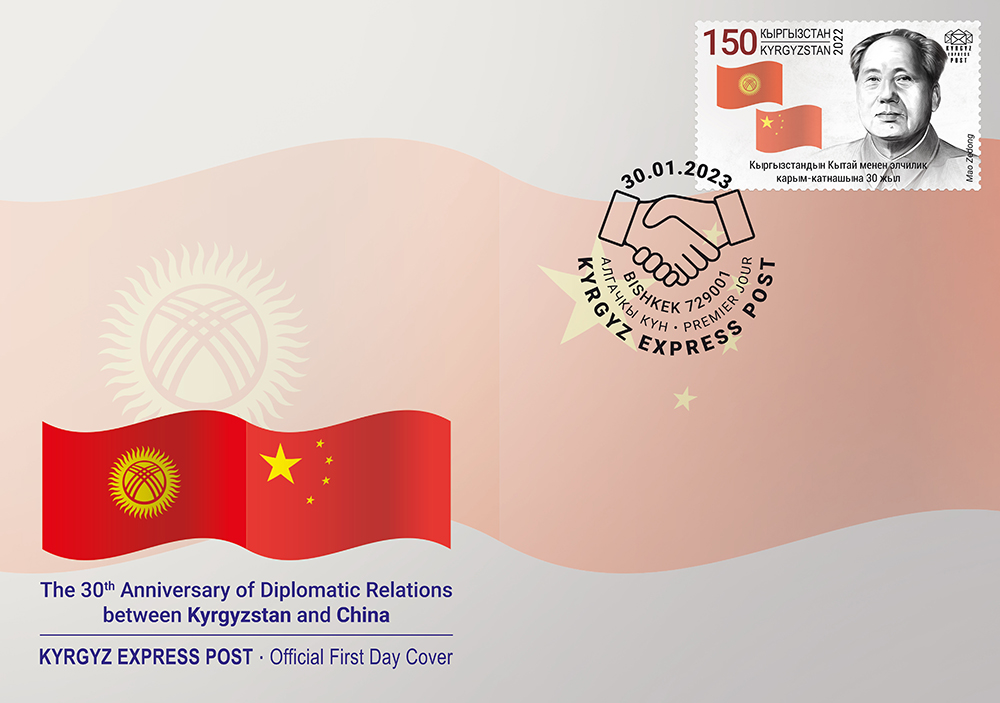 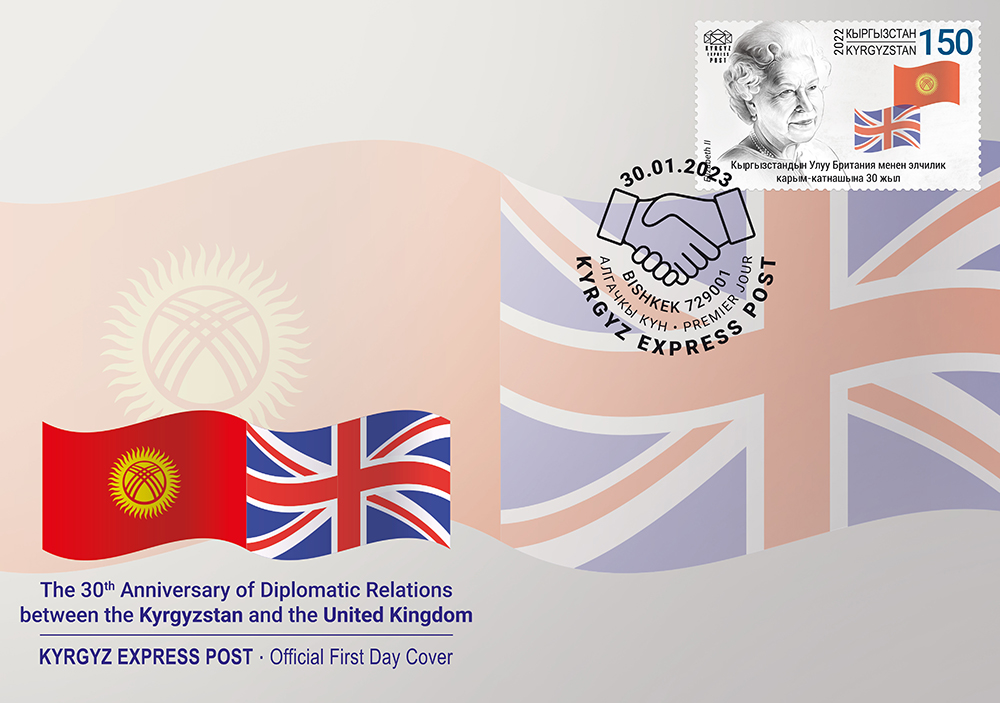 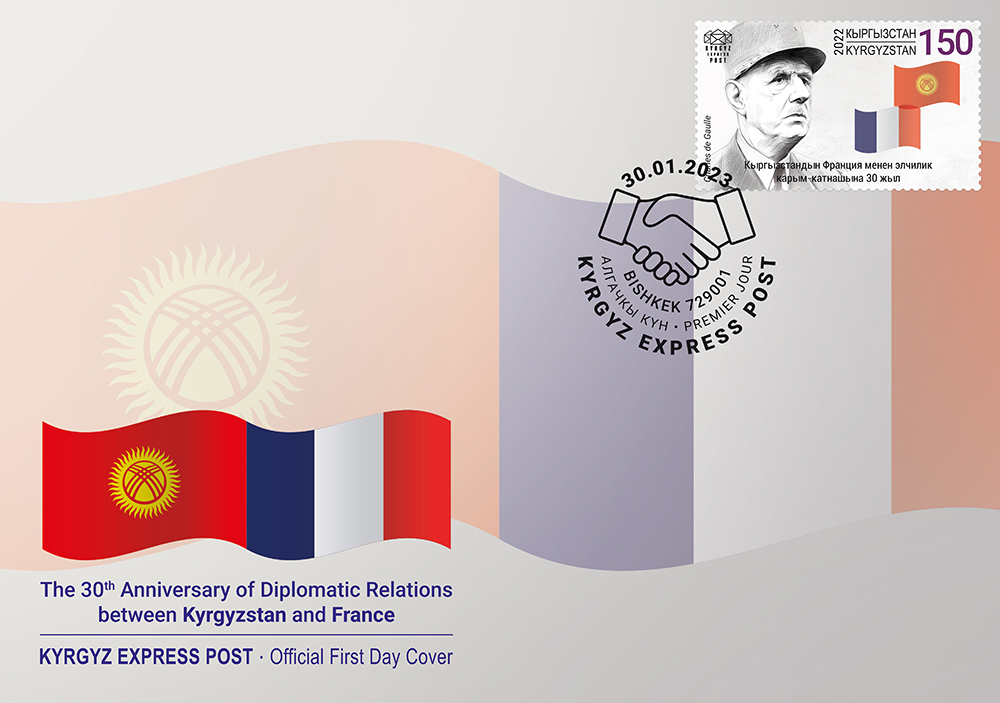 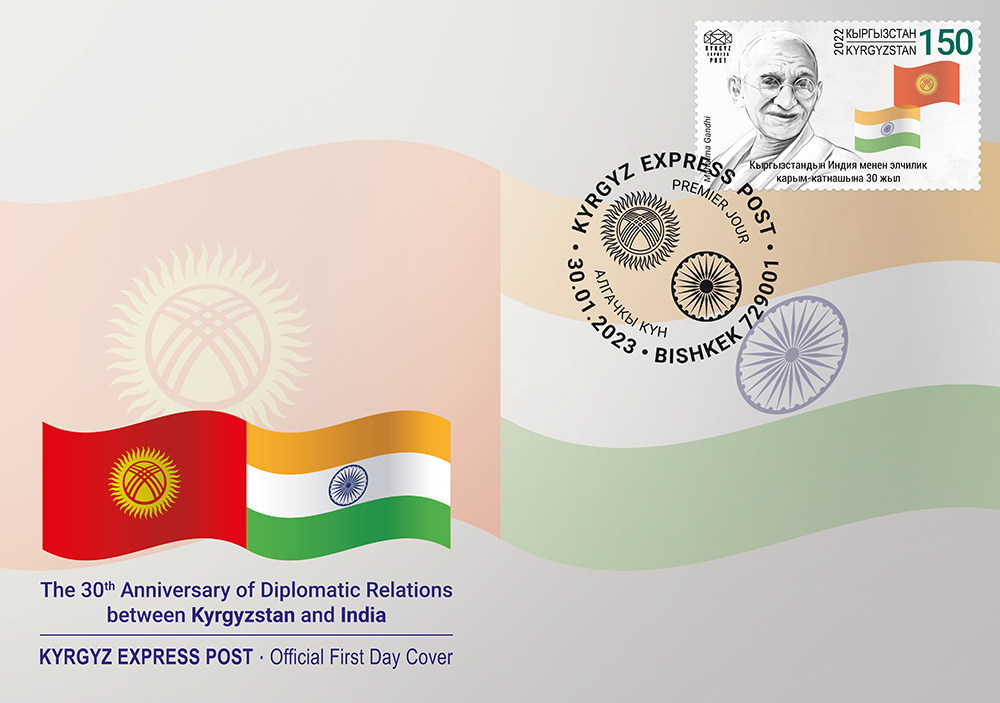 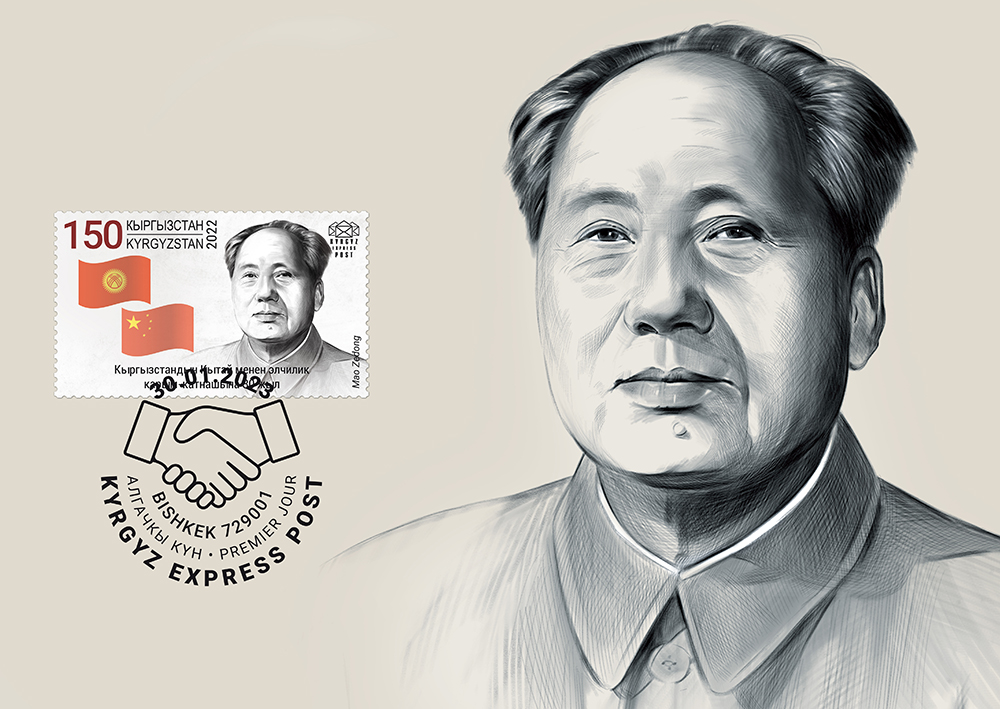 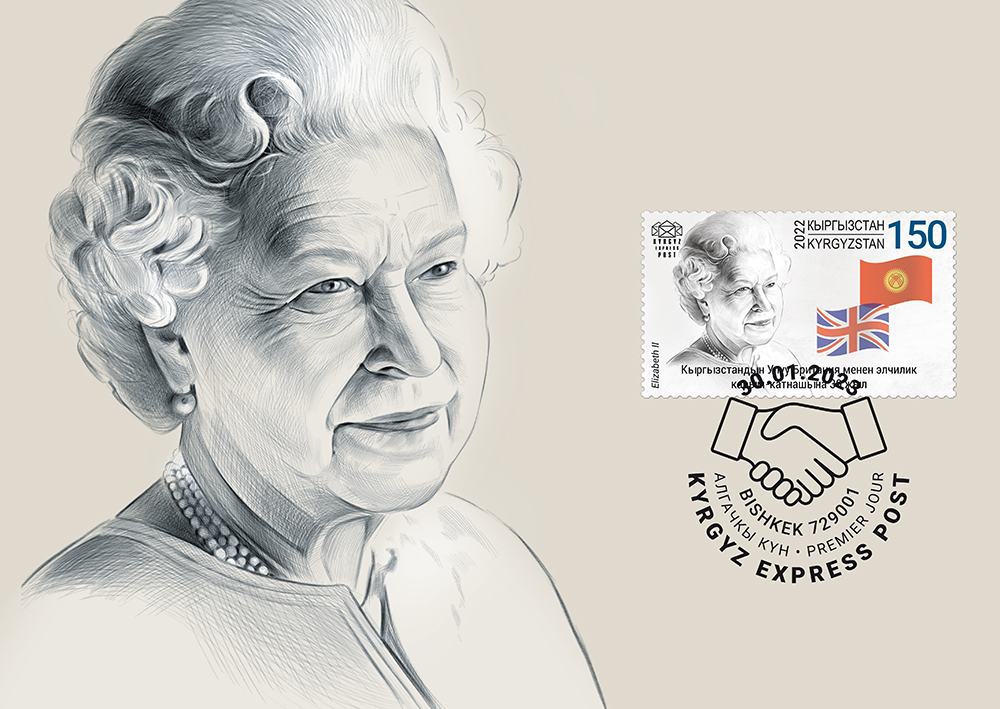 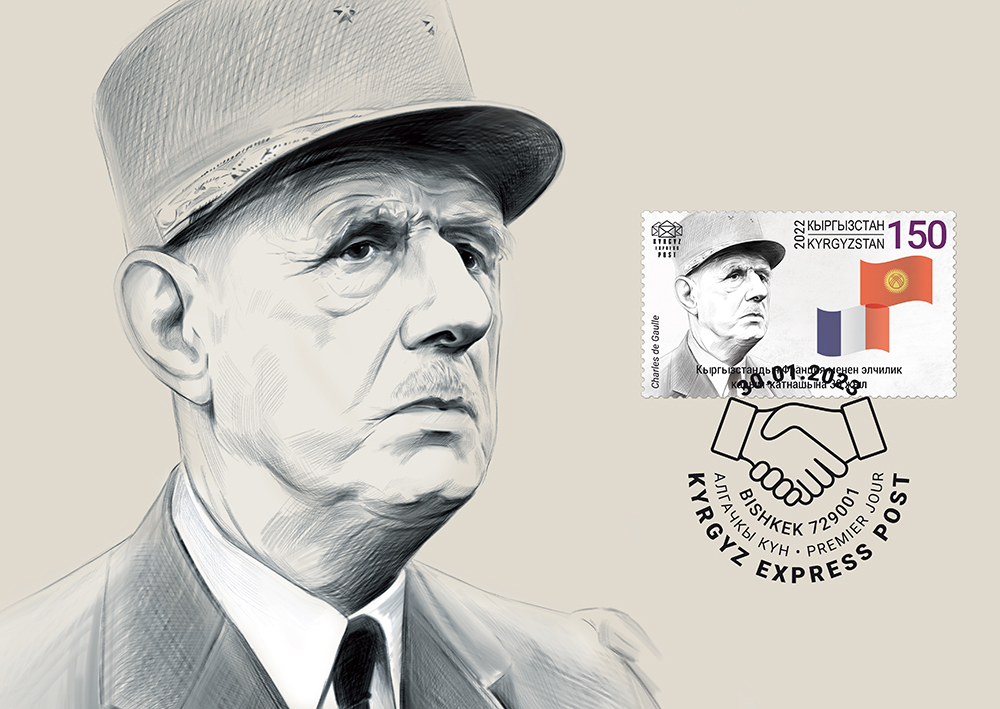 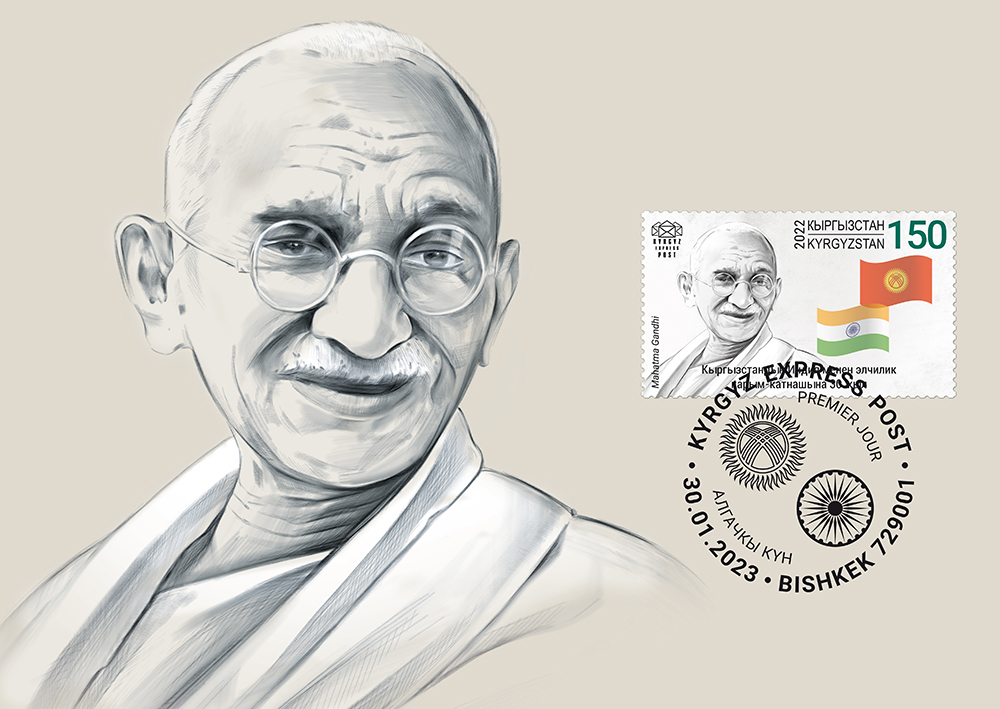 Stamps, maximum cards and FDCs can be purchased here.


Previous
Next
back to all news
Copyright © 2023 Kyrgyz Express Post LLC. All rights reserved.