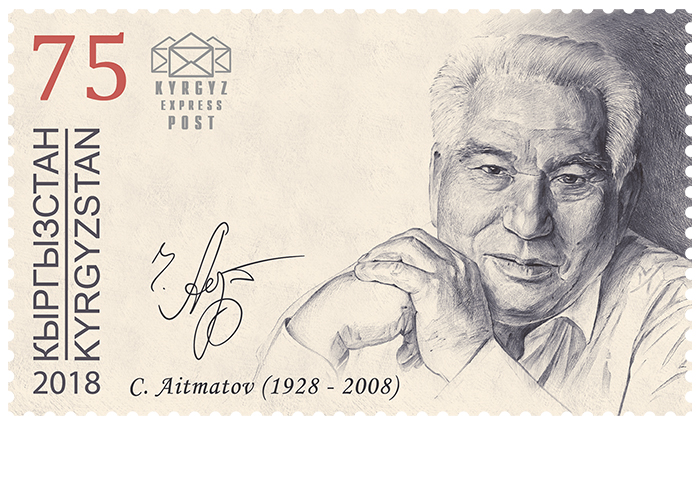 On December 10, 2018, a KEP postage stamp, dedicated to the 90th anniversary of the birth of Chinghiz Aitmatov, is put into circulation. This item is part of the KEP series "The Anniversaries of Great Personalities", consisting of four postage stamps.

Chinghiz Torekulovich Aitmatov (12 December 1928 - 10 June 2008) was an outstanding Kyrgyz writer, public figure and diplomat. He wrote in the Kyrgyz and Russian languages, highlighting universal, philosophical and moral problems. His works have been translated into more than 150 languages.

Thanks to Aitmatov’s work, people all over the world are able to learn more about Kyrgyzstan, its nature and history, and its talented and hardworking people.

KEP hopes that issue of a stamp, dedicated to Chinghiz Aitmatov, will contribute to the celebration of the writer's anniversary and will draw additional attention to his remarkable literature and public activity.

Besides the mentioned stamp, KEP also issues one postal card with portrait of Chingiz Aitmatov. This card, together with the new stamp and a special pictorial first day cancellation, was used to make a maximum card.