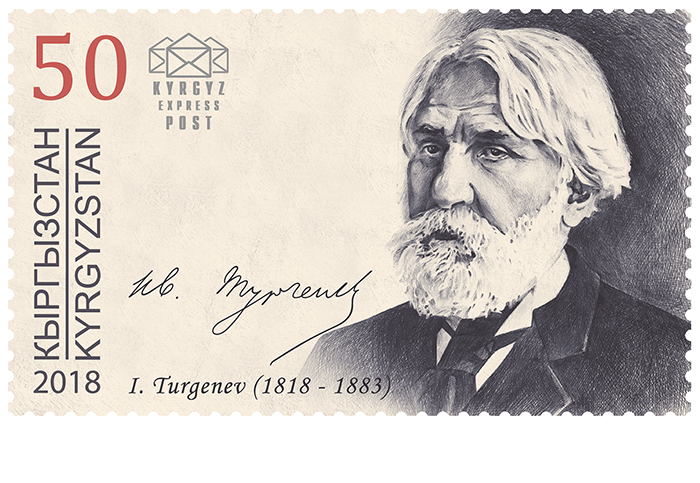 On November 9, 2018, a KEP postage stamp, dedicated to the 200th anniversary of the birth of Ivan Turgenev, is put into circulation. This item is part of the KEP series "The Anniversaries of Great Personalities", consisting of four postage stamps.

Ivan Sergeevich Turgenev (9 November 1818 - 3 September 1883) was a Russian writer, poet, publicist, playwright and translator. He is considered a classic of Russian literature. Turgenev was an honorary doctor of Oxford University and an honorary member of the University of Moscow.

Turgenev’s work is characterized by the highest skill, concern for artistic values, charm, wit and honesty. His artistic style enriched the poetic facets of the Russian and Western Europe novel.

KEP hopes that issue of a stamp, dedicated to Ivan Turgenev, will contribute to the celebration of the writer's anniversary and will draw additional attention to his remarkable work.

On the first day of issue, KEP will participate at stamp exhibition in Paris, the city, where Turgenev lived a large part of his life. With this in mind, we decided to realize a special cancellation and a maximum card for the exhibition.

On the occasion of the launch of a new stamp, the KEP office (729001, 26, Usenbaev Street, Bishkek) will be open on Friday, November 9 (day of rest) from 10:00 to 12:00, for all customers interested in the novelties of our company. We invite everyone to purchase a new KEP issue and use the first day special cancellation.