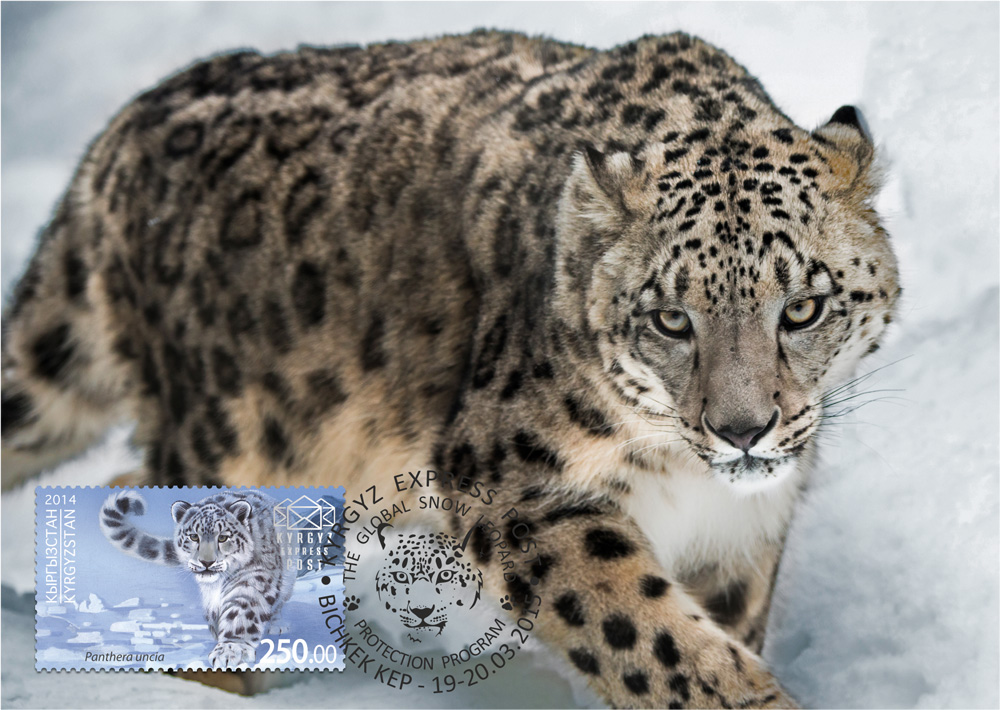 From March 19th to March 20th in Bishkek a meeting of the Steering Committee of the Global Snow Leopard and Ecosystem Protection Program will be held.

Irbis, or Snow Leopard (Panthera unica) is one of the most beautiful, yet the rarest animals of our region. The worldwide population of irbis is extremely small; this species is included in the Red List of the International Union for Conservation of Nature (IUCN) as the “endangered species”. In Kyrgyzstan irbis can still be found throughout the whole ranges of Tian Shan and Alay mountains. This species is also included in the Red List of the Kyrgyz Republic.

Taking into consideration the importance of preserving and protecting this unique species of our country, Kyrgyz Express Post decided to contribute to the measures aimed to rescue snow leopards by issuing a series of nice postcards (see pictures below). Also, KEP prepared a special postmark that will be used during the days of the Executive Committee Meeting - March 19th and 20th. Special cancellation will be executed in the KEP Post Office no.2 in Bishkek (729002).

KEP is planning to offer its clients a series of three maxicards, which will include the KEP Stamp №9 - “Snow Leopard”. The maxicards can be purchased in the second KEP office or on the website.

We hope that actions, initiated by KEP, will promote such noble deed as the protection and preservation of snow leopards in Kyrgyzstan, as well as in other countries.