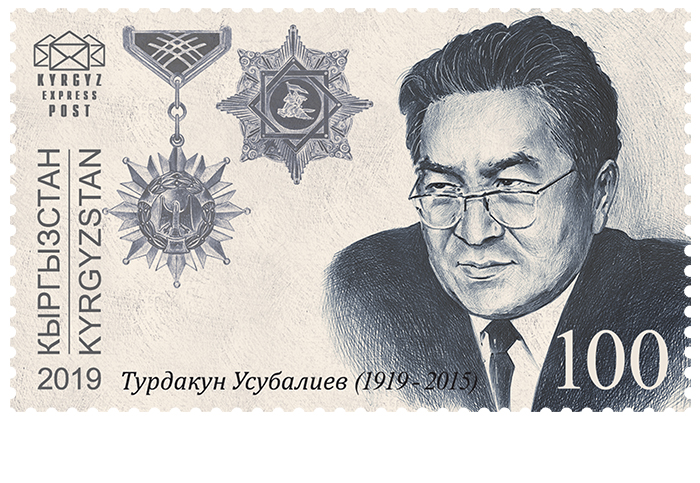 In 2019, Kyrgyzstan celebrates the 100th birth anniversary of Turdakun Usubaliev (1919 - 2015), a distinguished Kyrgyz public and political figure. Turdakun Usubaliev was born on November 6, 1919, in the village of Tendik in the Kochkor District of the Naryn Region. He received his higher education at the Kyrgyz State Pedagogical Institute and began his career path as a teacher. For almost 25 years, Turdakun Usubaliev was the First Secretary of the Kyrgyzstan Communist Party Central Committee, leading the process of economic and socio-political development of the Kyrgyz Soviet Republic. It was during this period that the Kyrgyz Soviet Republic developed from being a backward region, to become a dynamically developing agricultural and industrial region of the USSR.

After Kyrgyzstan gained independence, Turdakun Usubaliev continued his active political work as a member of Zhogorku Kenesh (the Kyrgyz Republic's Parliament) from 1993 to 2005.

Turdakun Usubaliev was presented with many state awards including the Manas Order of the First Degree. He was awarded the title of Hero of the Kyrgyz Republic and given the "Ak-Shumkar" badge of merit.

For this stamp, KEP also issues postcard, which is used to realize a maximum card. 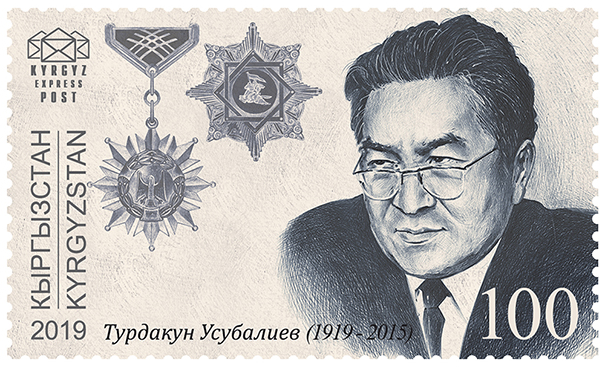 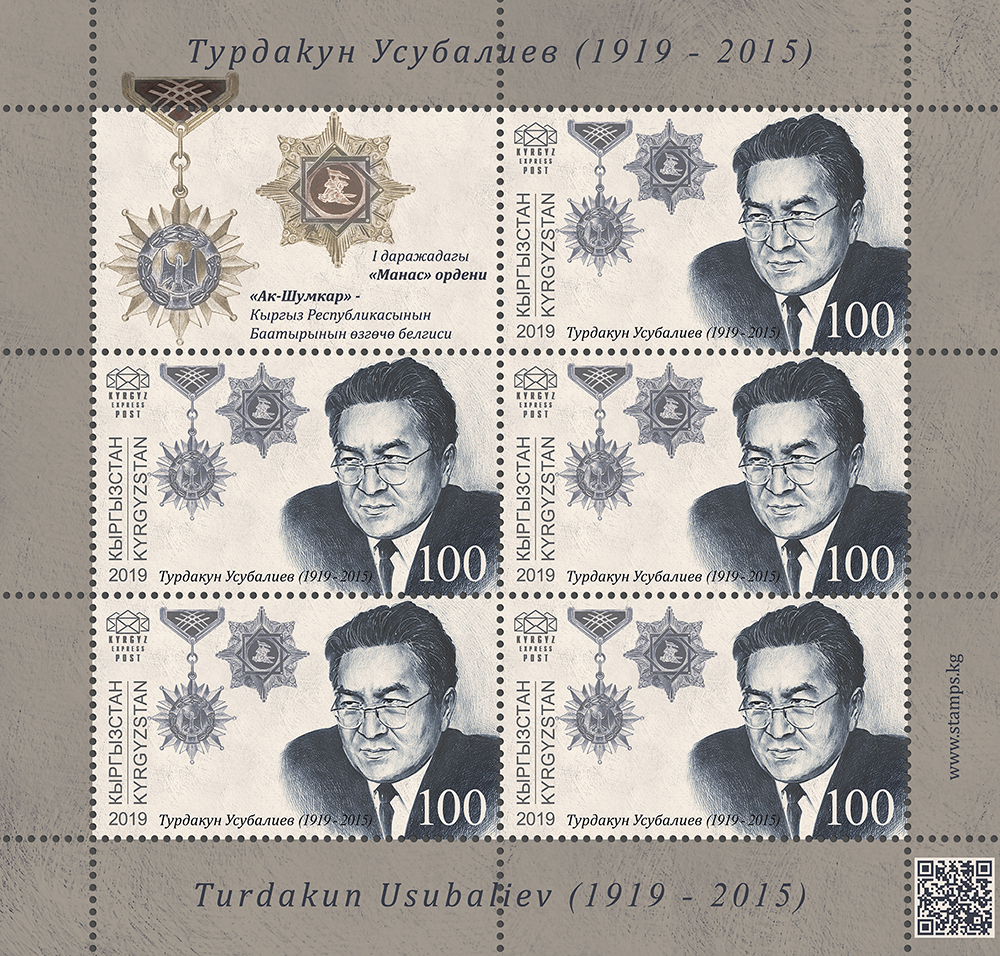 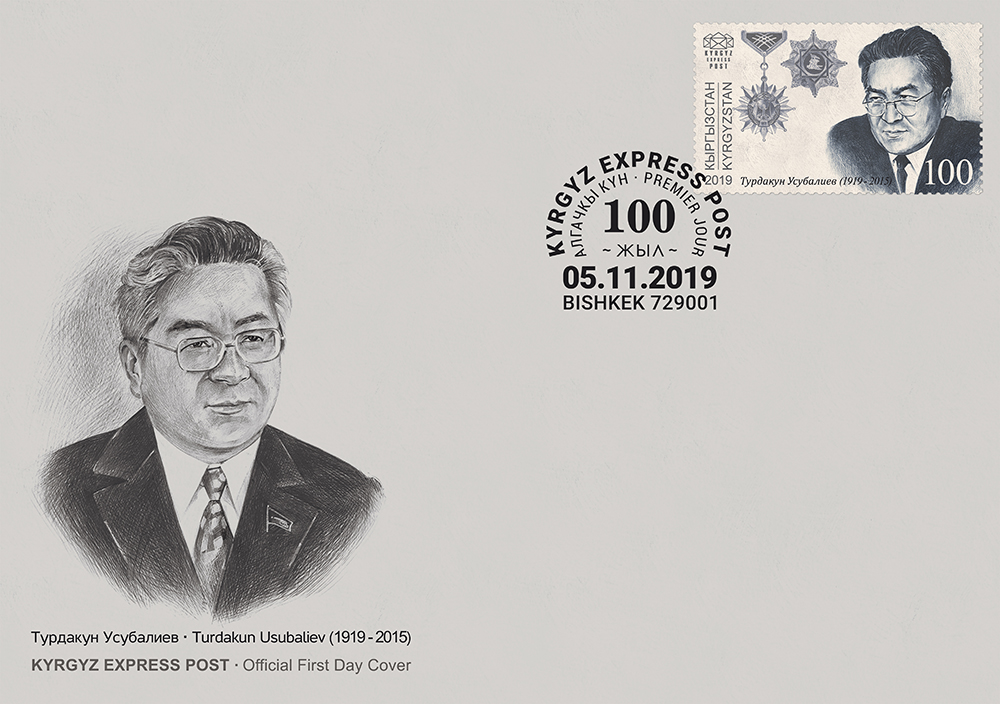 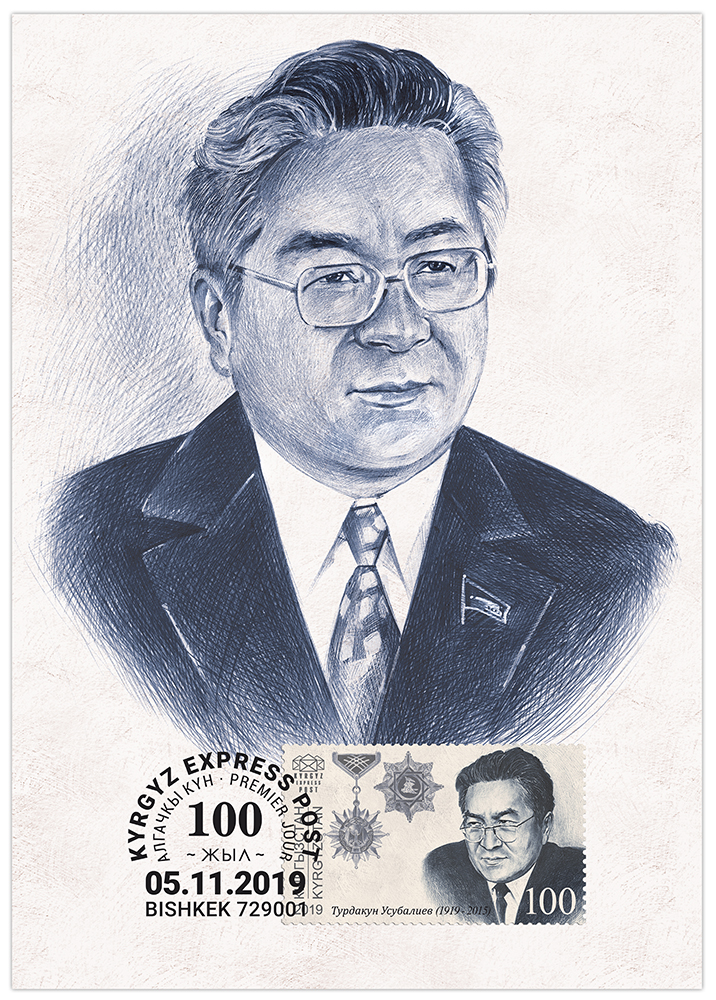 
Stamps, FDC and maximum card can be purchased here.


Previous
Next
back to all news
Copyright © 2022 Kyrgyz Express Post LLC. All rights reserved.