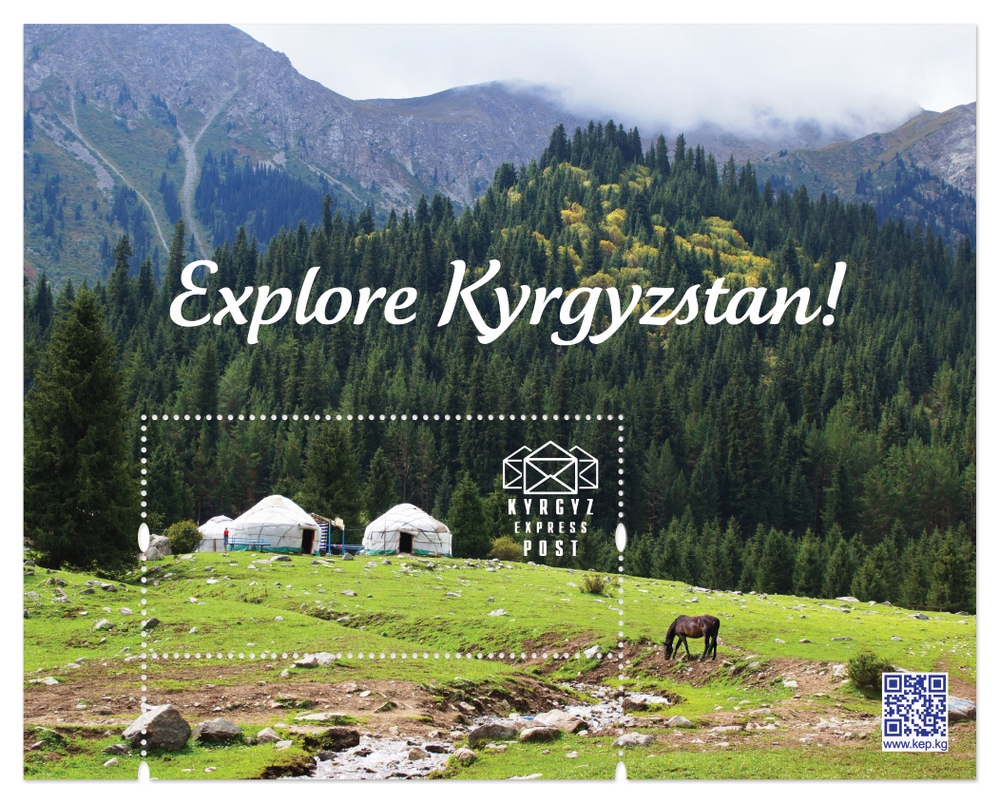 We at Kyrgyz Express Post have decided to express our appreciation to the dear customers, who collect our stamps and other philatelic products, by issuing a special philatelic souvenir, depicting a beautiful mountain landscape of our country, with a phrase on it that says: “Explore Kyrgyzstan!”

We would like to emphasize, that even though this philatelic souvenir is printed on gummed paper and has a distinctive perforated vignette that resembles a stamp, it is not relevant in terms of postage. In other words, the sheet does not represent a souvenir sheet as it is generally known and it does not contain an actual postage stamp.

The souvenir is intended to be given out to KEP customers, who will purchase stamp-related products in our philatelic shop (one philatelic souvenir will be given away for every 500 KGS spent in the shop).

We would also like to point out the fact that the philatelic souvenir reveals, among the other things, the meaning of our company’s logo. The vignette depicts three Kyrgyz yurts against a mountain landscape. And, as we all know, the main part of the KEP logo, is actually three stylized yurts, which, at the same time, represent three envelopes and three mountain peaks.

The philatelic souvenir is printed according to highest artistic and polygraphic standards. We hope that the proud owners of the souvenir will be happy and satisfied with the gift.

Go to the philatelic shop