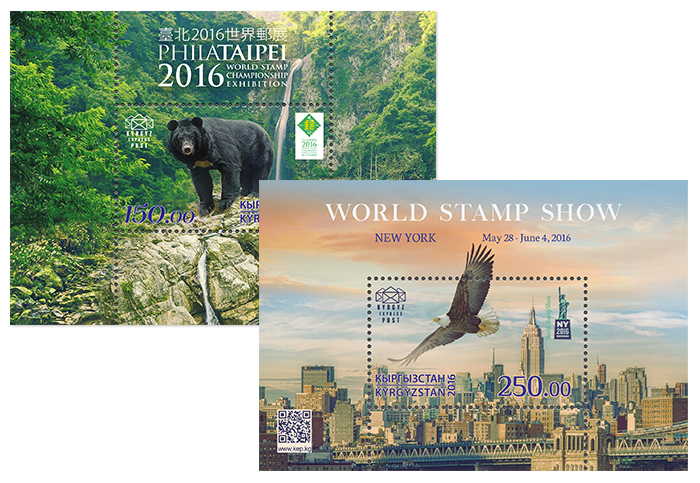 One of the souvenir sheets is dedicated to the World Stamp Show, held in New York from May 28th till June 4th, 2016. Such major events are held in the USA every ten years. Approximately 3,800 exhibitor stands, from more than 70 countries are participating in this grandiose event. The Show is organised under the patronage of Fédération internationale de philatélie (FIP).

The other KEP souvenir sheet is dedicated to another huge philatelic event of the year, which will be held in Asia, on the island of Taiwan, on October 21-26, 2016. This event is the World Stamp Championship Exhibition PHILATAIPEI 2016. There are representatives of international philatelic organizations from 90 countries participating in this event. Among other reasons, PHILATAIPEI 2016 is remarkable because, during the exhibition, the FIP will also hold its 74th congress. 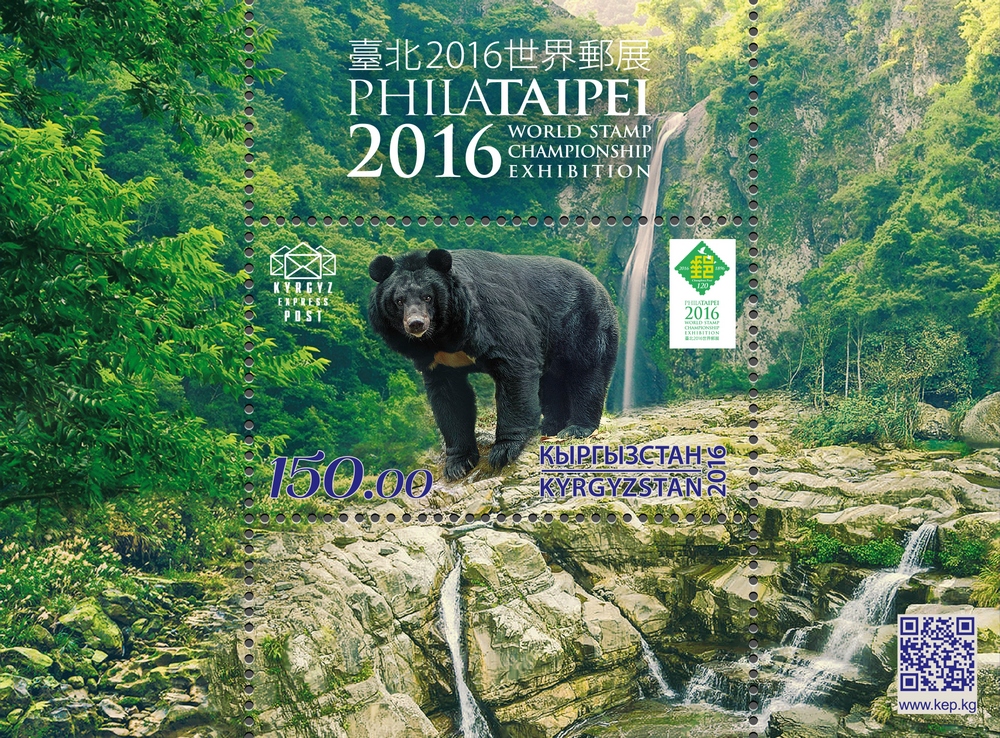 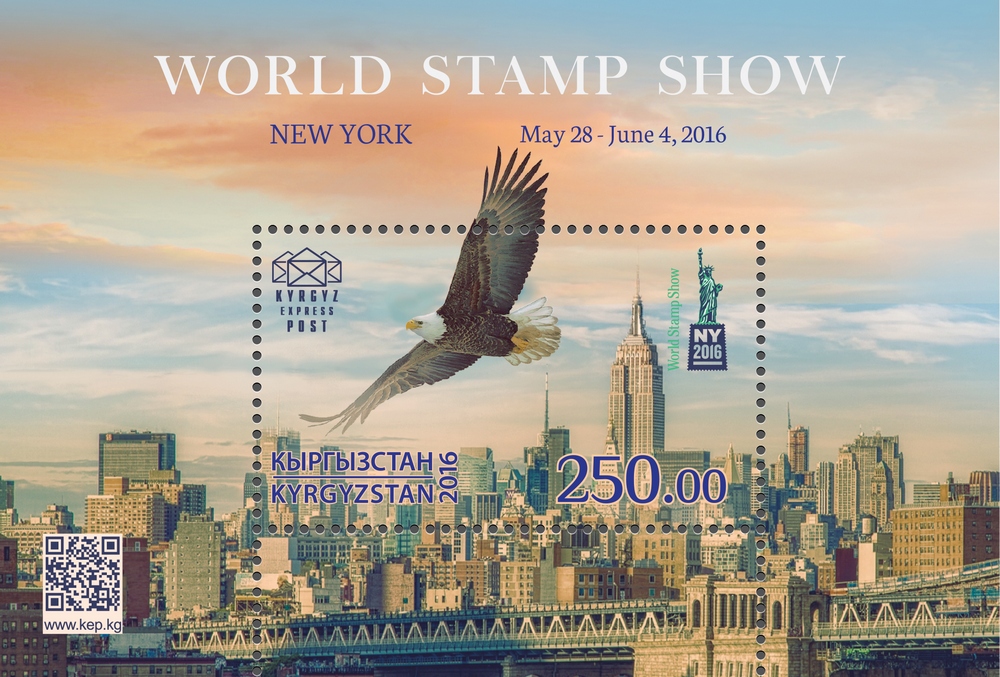 
Souvenir Sheet no. 5
No. 28. 150.00 KGS. The stamp depicts a Formosan Black Bear (Ursus thibetanus formosanus), standing against a background of wonderful forest scenery, and the logo of the World Stamp Exhibition in Taipei. The forest scenery and a waterfall can be seen on the sheet border, as well as the inscription in English and Chinese: “PHILATAIPEI 2016 World Stamp Championship Exhibition”. A QR code can be found in the lower right corner.


Souvenir Sheet no. 6
No. 29. 250.00 KGS. The stamp depicts a bald eagle, soaring above New York, and the logo of the World Stamp Show. The panorama of New York can be seen on the sheet border, as well as the inscription: World Stamp Show, New York, May 28 — June 4, 2016. A QR code can be found in the lower left corner. 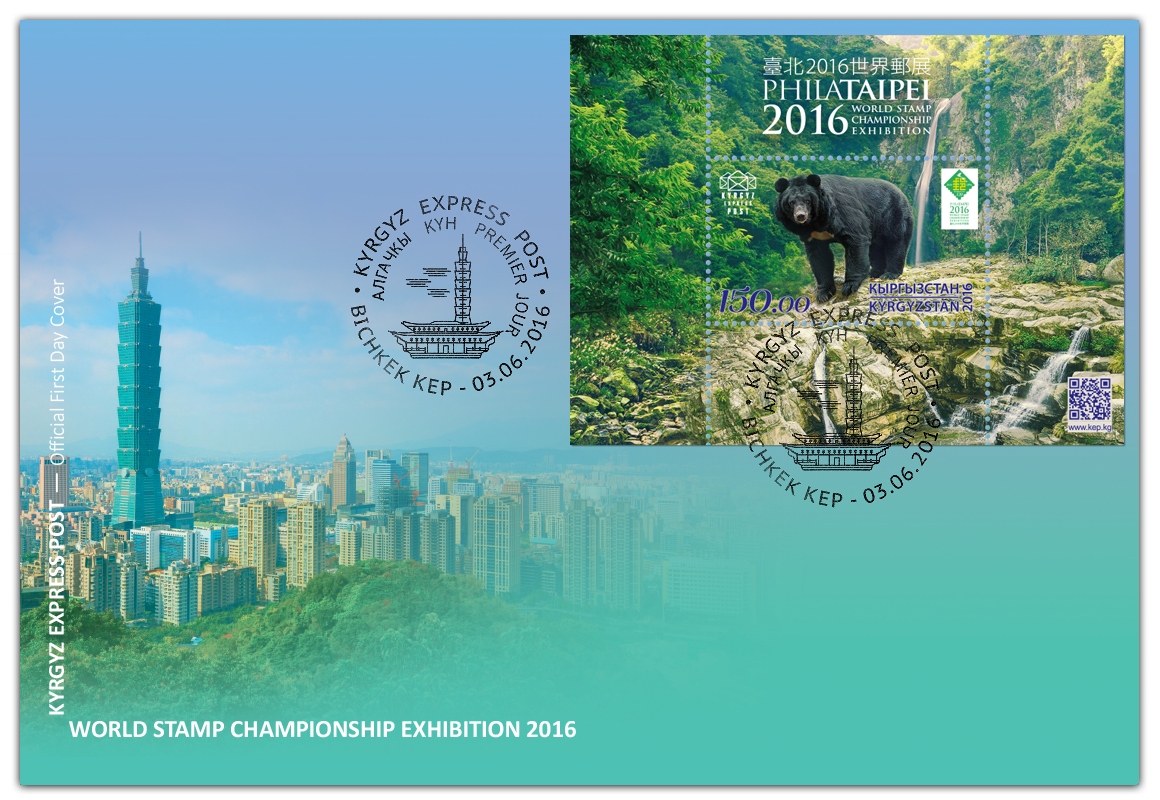 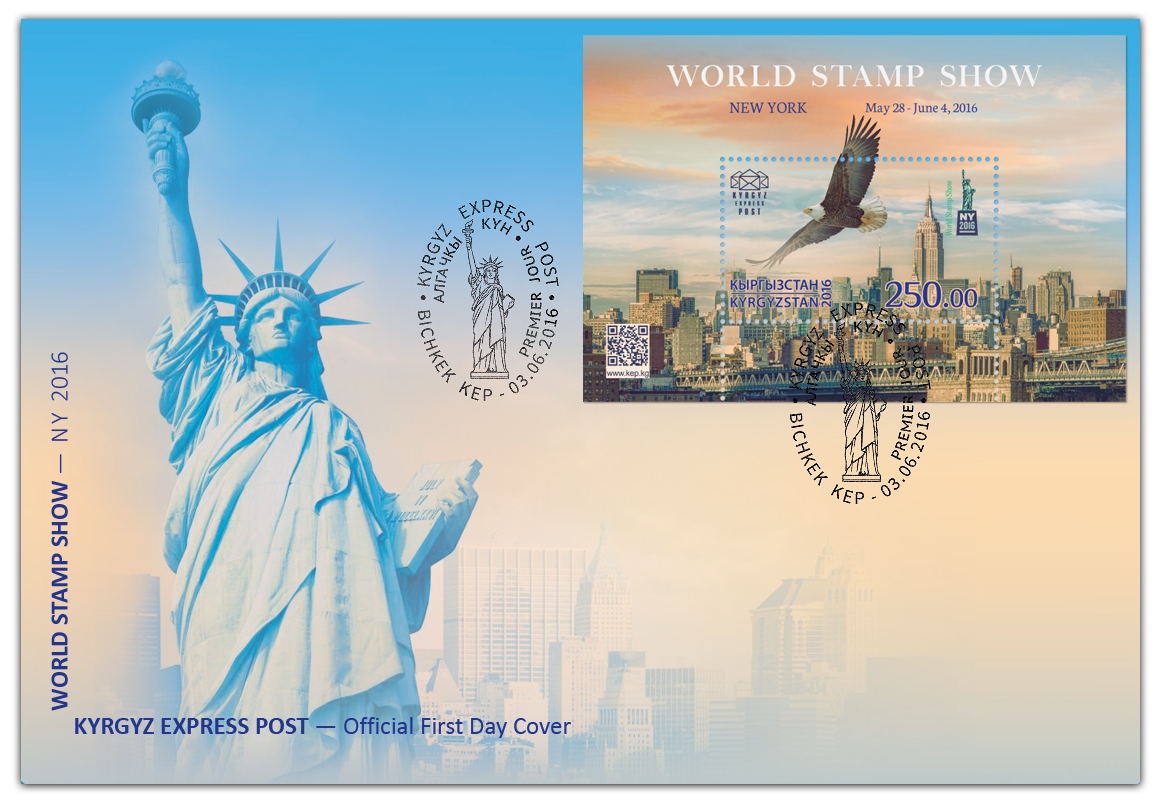 A special cancellation on FDC will be carried out at the Bishkek KEP Office (729002) on the souvenir sheets issuing day.

The first day covers and special postmarks are designed by Aliona Cojocari.

The souvenir sheets and FDCs can be purchased here.