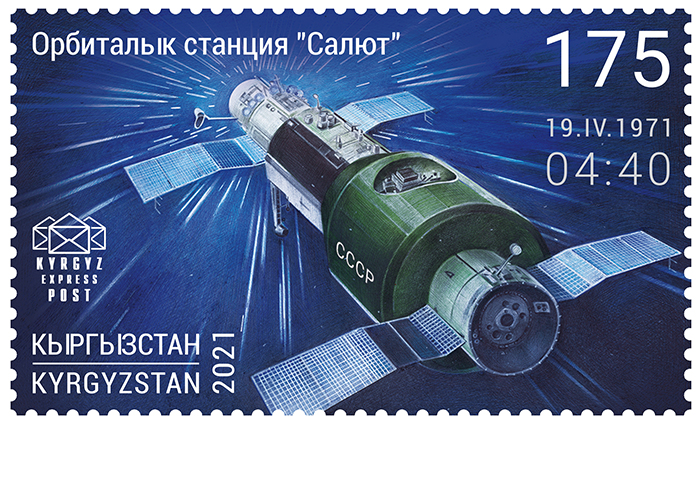 On April 19, 1971, the USSR launched the world's first orbital science station, which was named "Salyut". Two expeditions involving the participation of cosmonauts were sent to the station. Unfortunately, the first expedition was not successful as the docking procedure failed. During the second one the cosmonauts worked in Earth orbit for about 23 days. This was an absolute record of man being in space. During this period, the cosmonauts conducted important astrophysical observations, comprehensive scientific research and technical tests. Unfortunately, the crew died when returning to Earth due to the depressurization of "Soyuz-11". "Salyut" operated in Earth orbit for 176 days. On October 11, 1971, the station was taken out of orbit and burned up in the atmosphere.

From 1974 to 1982, five more orbital stations called "Salyut" were launched. On these stations cosmonauts of the USSR and other countries had successfully worked.

The construction of orbital stations where the crews could be changed, as was the case with "Salyut", was an important stage in the international development of space science. On these stations were conducted the most important studies of the Earth's natural resources, including astronomical, radioastronomical and meteorological observations, biomedical and technological research in conditions of spaceflight. The design of the "Salyut" stations became the basis for the creation of the "Mir" Orbital Complex, as well as for the Russian Orbital Segment (ROS) of the International Space Station (ISS).

Kyrgyz Express Post expresses its appreciation to the former Chairman of the FIP Section of Astrophilately, Mr. Igor Rodin for his helpful assistance and advice in preparing this stamp issue.

For this stamp, KEP also issues a postcard, which is used to realize a maximum card. 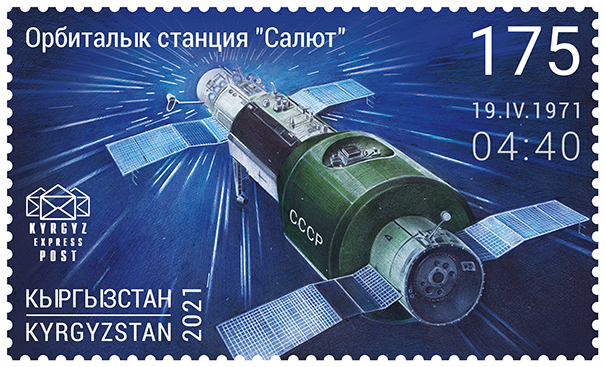 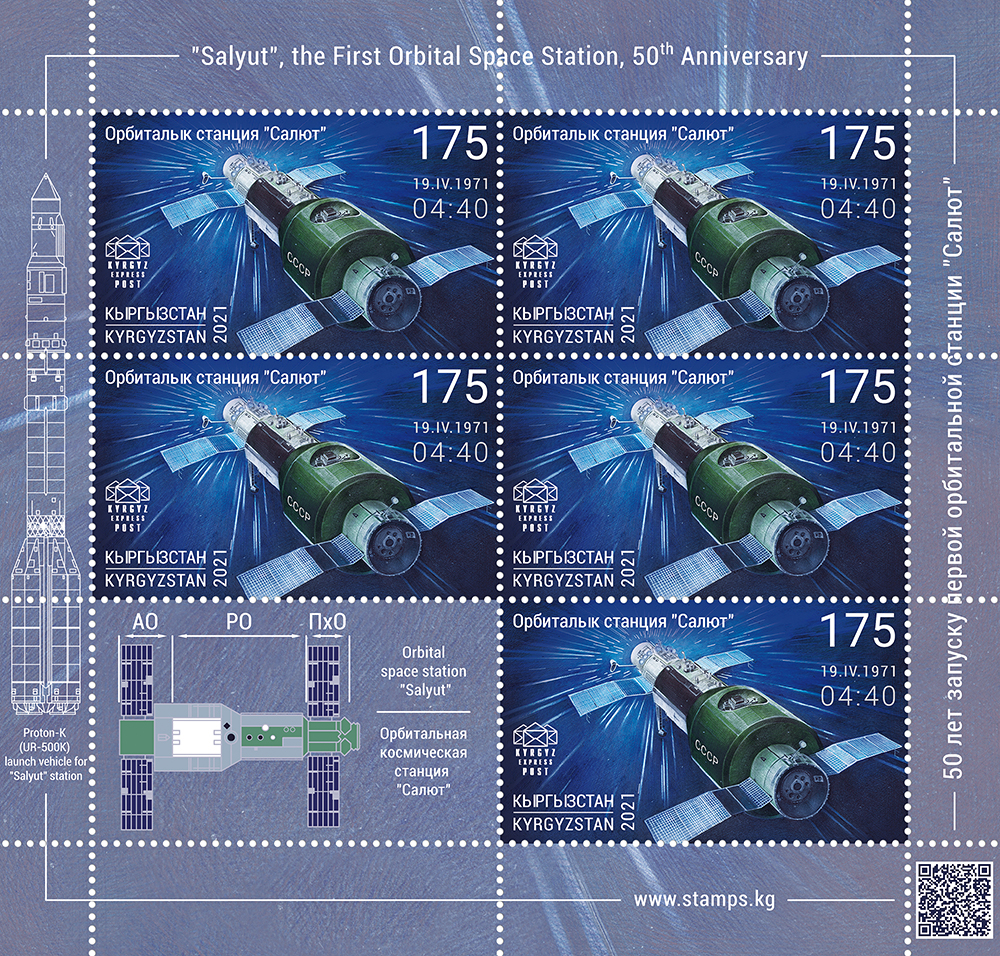 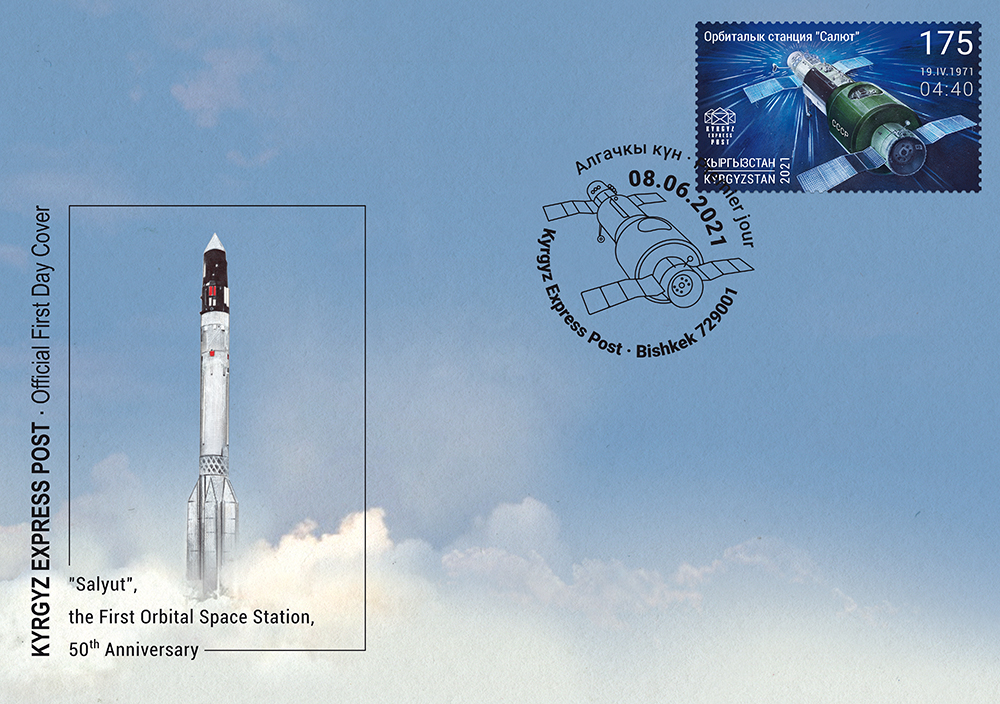 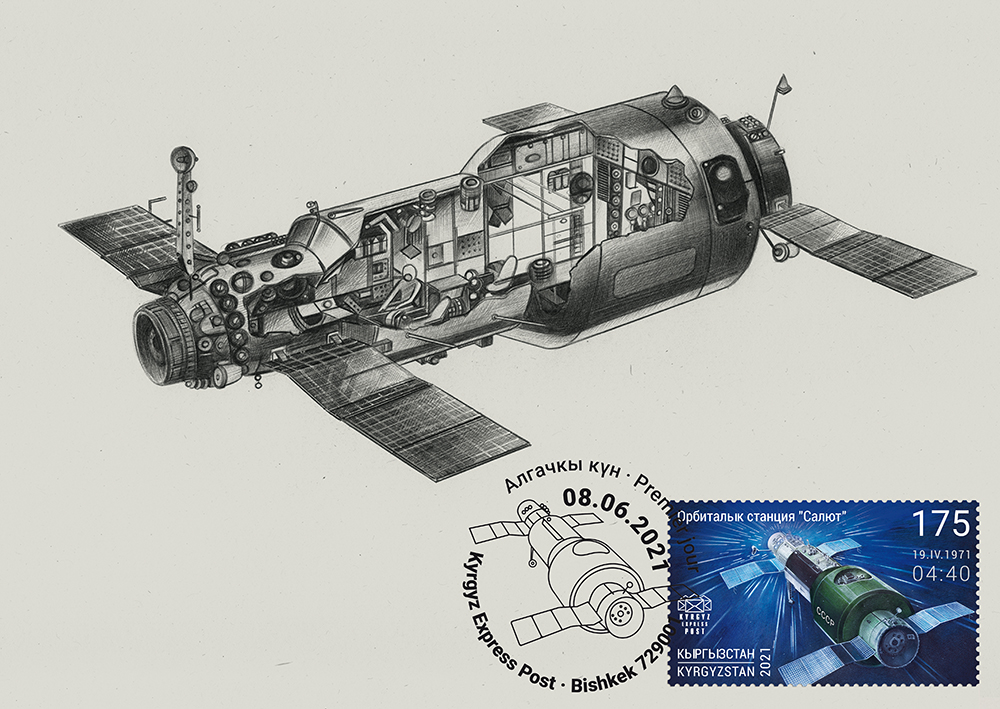 
Stamps, maximum cards and FDCs can be purchased here.


Previous
Next
back to all news
Copyright © 2022 Kyrgyz Express Post LLC. All rights reserved.