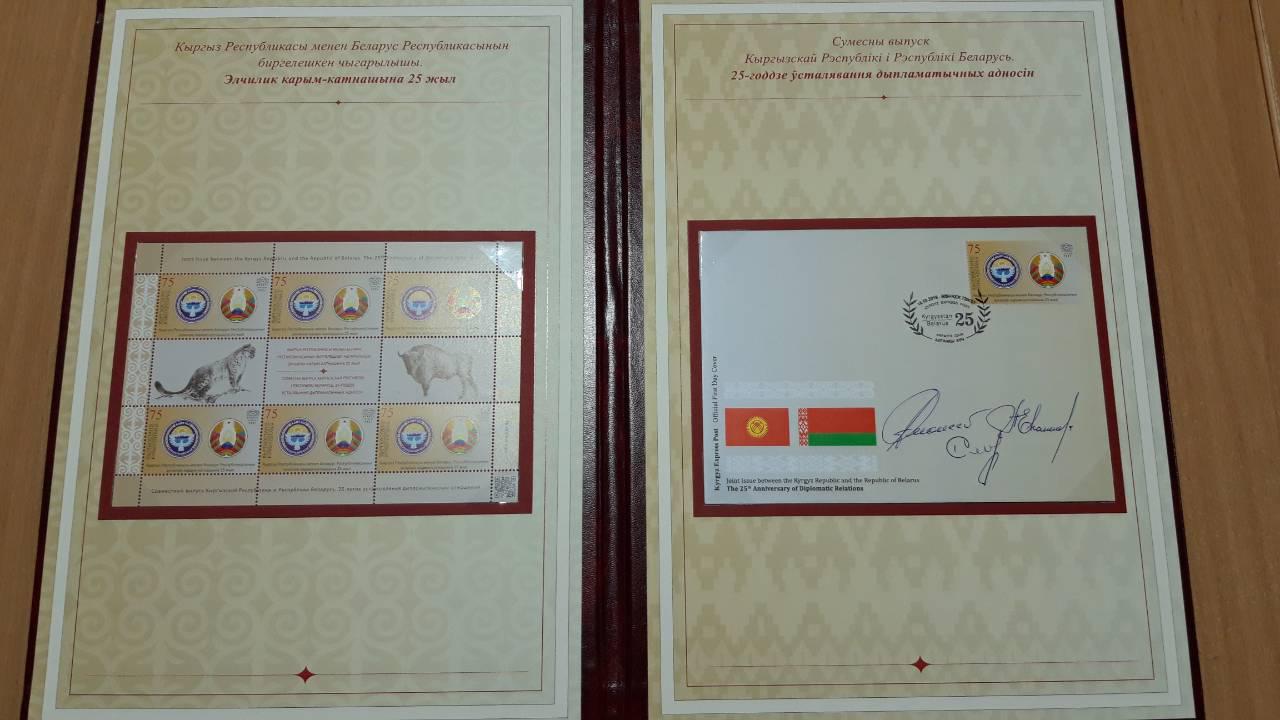 The representatives of the diplomatic corps of the two countries, who spoke at the ceremony, noted the successful development of bilateral relations between Kyrgyzstan and Belarus in various fields: economy, foreign policy, trade, the social sphere, health, culture, education, etc. They expressed confidence that these relations will develop intensively also in the future.

After brief speeches, the ceremony participants made a special cancellation on the “first day” envelopes and signed these envelopes.

Insofar as the stamp put into circulation is a part of the two countries joint issue, samples of the Belarusian stamp “25th anniversary of diplomatic relations between the Kyrgyz Republic and the Republic of Belarus” were also presented to the participants of the solemn ceremony.

Here you can find a video report from the event.