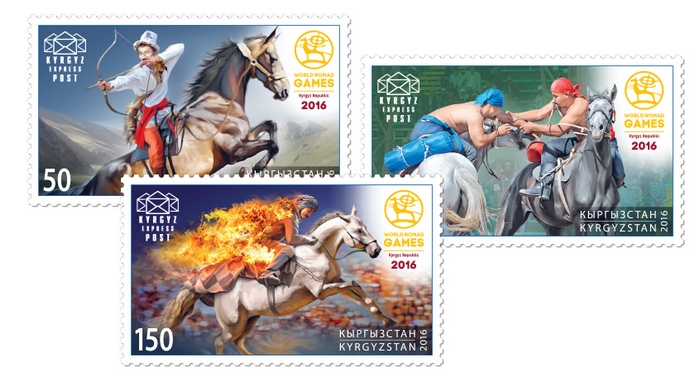 The World Nomad Games is a unique event, which gathers in one place and at one time the athletic competitions and cultural activities of nomad nations from around the world.

It is fair to say that this division between nomadic and non nomadic nations is quite conventional. Back in the old days all nations were considered nomadic, migrating from one continent to another, founding new states. The role of nomads was enormous: it was them who would initiate the cultural exchange between the nations.

Despite the conventions of dividing the nations by the nomad factor, the truth is that some of them has preserved the special adherence to cultural traditions of their nomadic past. Kyrgyz people can be certainly considered as one of such nations. No wonder it was namely the Kyrgyz Republic that initiated the first ever “World Nomad Games”. As a result of the initiative, the respective Bishkek Declaration had been signed in 2012, and in 2014, the First World Nomad Games were held. The Second World Nomad Games will be also held in our country in the Cholpon-Ata of the Issyk Kul Province, from September 3 till 8, 2016.

The main mission of the World Nomad Games is the preservation and popularisation of peoples’ cultures, through revival and development of the national and traditional sports.

Taking into account the importance of organizing the new World Nomad Games in Kyrgyzstan, the State Committee for Information Technology and Communications of the Kyrgyz Republic has decided to issue a series of KEP postage stamps, consisting of three miniatures. The KEP postage miniatures depict some essential sports and entertaining moments, typical for the nomad games: equestrian wrestling (Er enish), mounted archery (Jaa Atuu), and the “burning horseman” (Oert Jalymdagan chabandes).

It is worth mentioning, that this series is issued at the initiative and with direct involvement of the Ministry of Culture, Information and Tourism of the Kyrgyz Republic.

We hope that the new KEP stamps, dedicated to the World Nomad Games, will help promoting the noble initiative to organize the games on an international level, and the multiple participants and spectators will be able to send mail, franked with our beautiful stamps.